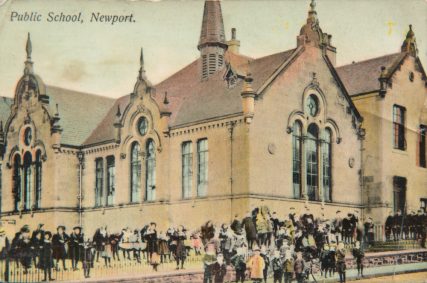 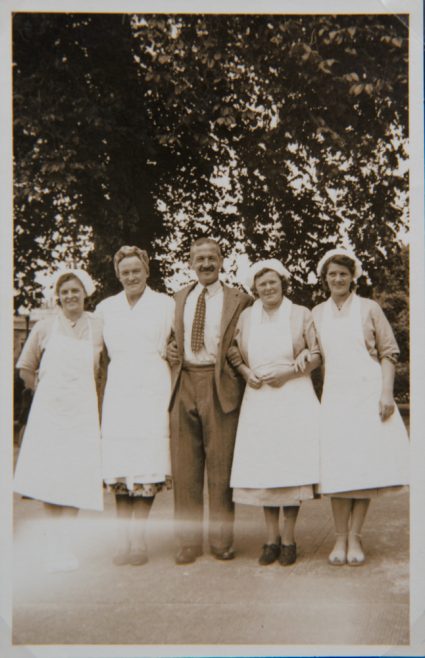 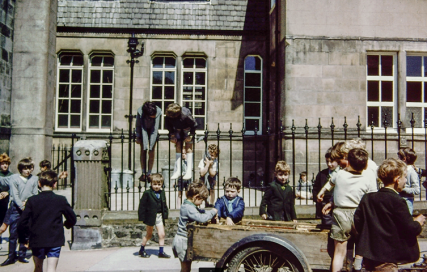 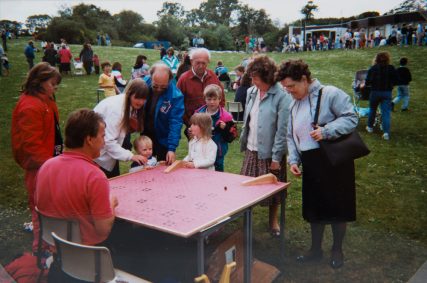 In 1872 the Education Act was passed which legislated for school boards to be established to oversee education in every parish. Thanks to the work of the school board, a spacious new school was opened in 1879 next to the Blyth Hall. The new school could accommodate 432 pupils and was therefore seen as adequate for the village for the foreseeable future. This new school replaced the William Street school, and the hall there was used thereafter only for Free Church congregational purposes, and for other village activities. Forgan School continued until 1973, still mainly for country children. When the new school was built in Blyth Street (or Prinlaws Place as it was then known) in 1879, the steps down to the High Street were built to facilitate access from the west.

Until 1949 Newport School provided a full education, covering all subjects, until third year in secondary: beyond this stage pupils travelled to Dundee (and Cupar and St Andrews after 1933) to continue their studies. After 1949 the secondary department catered only for those who did not pass the 11-plus examination, taking in such pupils also from Forgan, Wormit and Gauldry schools. The original building was extended in 1927 when the part of the building towards Scott Street was added. This provided space for more classrooms.

From 1960 onwards the school catered for primary pupils only, and was demolished after 1977 when the new primary school was opened on the outskirts of the village, just across the road from the old Forgan School. The opening ceremony of the new school was performed by Dr John Berry of Tayfield. Forgan School had already closed and would find a new lease of life as the Forgan Arts Centre. Within a short time it was being used for various art and craft classes.

Wartime brought changes for pupils, some of these changes being decidedly advantageous, as for much of the Second World War attendance at school was only required in mornings. Excluded from this arrangement however, and no doubt much to their disappointment, were the pupils in the ‘qualy’ class. This term refers to the qualifying examination, which all pupils sat at the end of primary school. This examination was held in awe by all pupils, and the results determined the type of continuing education a pupil might follow.

The school had its own air raid shelters. They were at the top of the playground just over the high wall from Scott Street. The bike sheds had to be removed to make room for them. The roofs were of very thick concrete. Jim Smith remembered how quickly they became very stuffy, so much so that the headmaster, John Strath, would stand in the doorway waving a big piece of cardboard to aid ventilation.