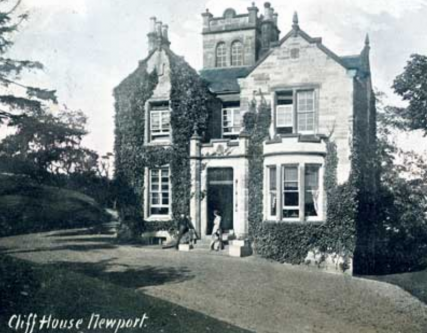 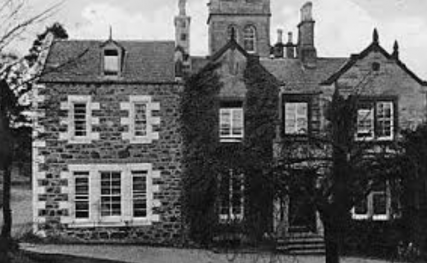 Chesterhill House stands on the back road to Tayport which goes over the hill via Inverdovat Farm and Washer Willy’s. It’s an impressive building with its square tower and parapets, and in the grounds behind the house is a beautiful and most unusual walled garden. The house probably dates from around 1870, but it was built then on the site of an earlier house which may have been destroyed by fire. The walled garden certainly pre-dates the present house.

According to census returns, in the late 19th century it was very often occupied by prosperous businessmen with their large families and servants. In these early years, the property was known as Cliff, the Cliff or Cliff Terrace. It appears to have been in the early 1900s that it underwent the change of name to Chesterhill. Confusingly, until then, the much smaller house over the road which is now referred to as Washer Willy’s, was named Chesterhill. (The actual Chester Hill is in fact the high ground on the other side of the road.) Also around this time, a large extension was added to the house. This can be seen in the photographs.

The house was bought by the Berry family of Tayfield in the years before World War I. One of the brothers in the family, Robert, was injured during the war, and he then lived at Chesterhill until the 1950s. Before the war, he had worked in India as a railway engineer, and as a reminder of this, the wrought iron gates at Chesterhill had the symbol of the Indian Railways worked into the design.