You are here: HomenextPeople & PlacesnextRoyal Celebrations: Film of Events in Village in 1935 and 1937 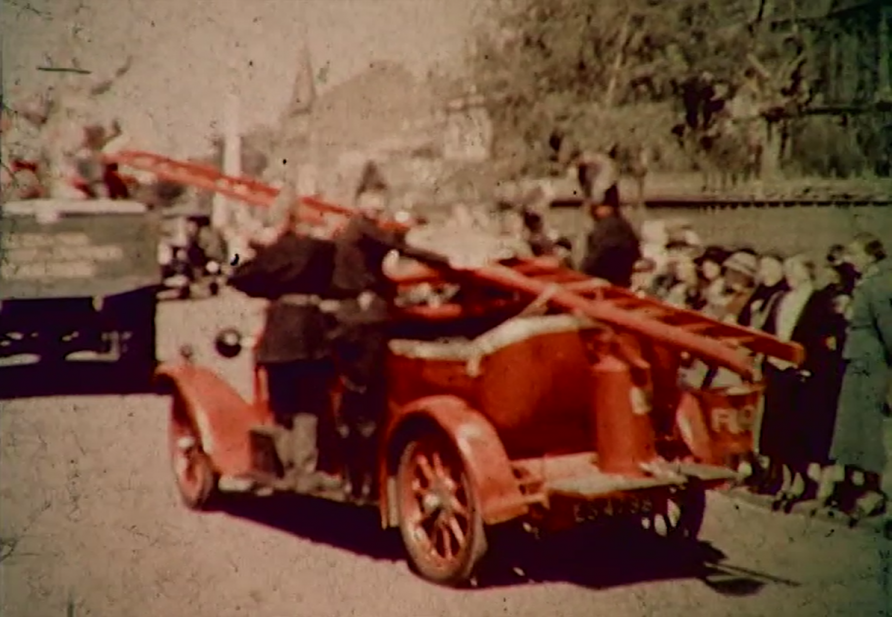 Sit back and relax for 25 minutes and just enjoy this wonderful old film of Newport in the 1930s. Watch the film. The village is in celebration mode, and they certainly knew how to celebrate. The film is in two parts. The first part features the 1935 celebrations in the village to mark the Silver Jubilee of King George V and Queen Mary. Part 2 is just two years later when Newport once again dressed up to celebrate the coronation of King George VI. He of course became King rather unexpectedly when his brother Edward VIII abdicated.

The film was shot by Douglas Lawson of Balmore, West Road, later Provost of Newport in 1950–1952. It was given to us by his son Harry of Broughty Ferry, way back in 1990 when we were organising the first Old Newport exhibition. Thanks to the film and technical wizardry of Hamish Tough in Tayport, it was transformed from cine film into a version that we can easily use today. It has been a highlight at all five of the major Old Newport exhibitions, as well as at film shows organised by the Newport History Group. We are now delighted that we have been able to add it to our website where everyone can enjoy and appreciate it.

Starts off with Boys’ Brigade down at the pier, making preparations to ‘pass on the baton’ (the BB traditionally conveys a message of congratulation on royal events). Provost Scrymgeour is seen here and throughout the film. Leaving pier area, past Forgan School, and on out to St Mike’s.

Back in Newport, a morning of school sports up at Windmill Park. See the pavilion in background and the very recognisable scenery.

Then preparations for the procession. Mary, Queen of Scots (Douglas Lawson’s daughter) and page-boy (Harry Lawson) in the grounds of Balmore.

The parade gathers outside Newport School, in Scott Street, Kilnburn and Blyth Street. Brief church service held at front of Blyth Hall. Then all hats back on!

The parade. Such elaborate decorations! Such crowds. Watch out for topical characters such as Hitler (Jack Clark of Wormit), the Dionne quintuplets, born in Canada in 1934 (the Newport Scouts), Charlie Chaplin and others. Procession from Blyth Street via Tay Street, William Street, Hillside Place, Cupar Road, Victoria Street to Windmill Park. Lots of red, white and blue as expected – but how amazing to see the colour on such an early film.

A morning of sports at the park, then home to change and prepare for the grand parade and procession to/at Windmill Park. At the end of this section, there is a tour round the decorated streets and buildings of the village – Cupar Road, Newport School, High Street, Robertson Place, the pier area, Boat Road and Blyth Street, as well as spotlighting one or two of the village characters. They look like characters….. just wish we had names for them all!

Do let us know what you think of it.

For information about other royal events in the village, visit the Royal Celebrations page.