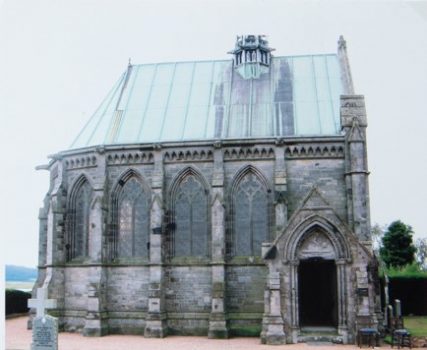 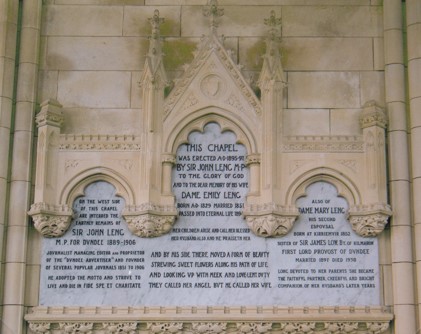 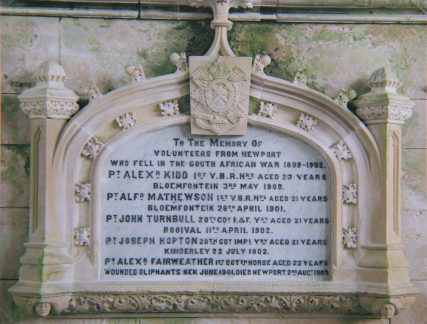 The chapel is on a hilltop, two miles south of Newport, and is perhaps most striking when floodlit at night. It was built by Sir John Leng between 1895 and 1897 as a memorial to his first wife Emily, who was the first person to be interred in the surrounding Vicarsford cemetery. Prior to that, burials had been at the old Forgan Kirk. Designed by architect Thomas Cappon, the chapel is in the thirteenth century Gothic style and modelled on Sainte Chapelle in Paris. The vaulted interior is faced with creamy Normandy stone.

On one wall of this beautiful building is an elaborate memorial inscription to Lady Leng, and a tribute to his second wife Mary and details of his own burial have been added later. On the opposite wall is a memorial panel naming the five Newport men who gave their lives in the Boer War (1899 – 1902).

The chapel is very often open on the local Doors Open day, and a visit is recommended.