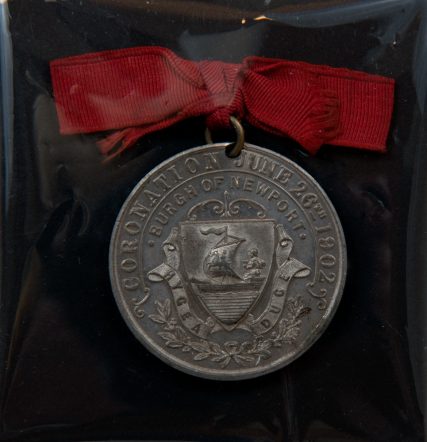 Following the death of Queen Victoria in 1901, lavish plans were laid all over Britain to celebrate the coronation in June 1902 of her son Edward VII. In Newport a procession, games and sports would be held, commemorative iron seats would be placed throughout the burgh, and two bonfires would be lit. A gold chain was acquired for the Provost and children would be gifted commemorative medals and sweets.

One can only imagine the shock, concern and disappointment when just two days before the Coronation, news came that the ceremony had been cancelled as the king had to undergo emergency surgery. Fortunately his speedy recovery allowed the celebrations to go ahead in August instead. However it meant that all the commemorative memorabilia produced for the ceremony in June, like the Newport Commemorative medal shown here, was wrongly dated.

In 1911 George V’s coronation was celebrated with the opening of the new Windmill Park. This park would serve the village until it was cut off by the building of the access road to the new road bridge in the 1960s. A ceremonial gold key was used for the opening and presented to Provost and Mrs Robertson by the contractors. Some thirty years later this key would be presented to the council by the Robertson family for safekeeping. Newport enjoyed a day of processions, sports and games in the new park. 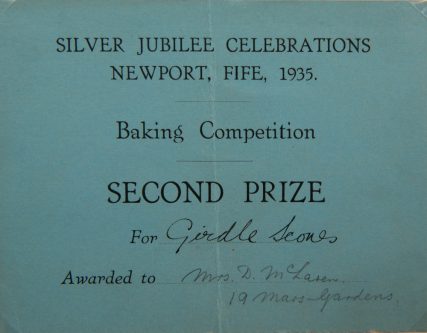 George V and Mary celebrated their Silver Jubilee in 1935, and the occasion was marked, not only by the usual village sports and processions, and even a baking competition, but also by the presentation from Buckingham Palace of Jubilee medals to Provost Scrymgeour and Town Clerk Frank Morrison. 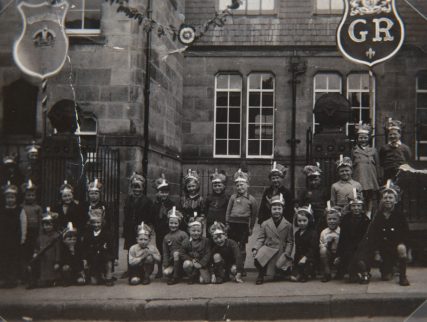 1937 gave further cause for celebration, first of all with the coronation of King George VI, king rather suddenly and unexpectedly after his brother Edward’s abdication. A fancy dress parade for both children and vehicles led to Windmill Park where new swings and play apparatus were provided. At night there was a concert and bonfire, and children and the elderly were given commemorative gifts.

We are fortunate that these celebrations of 1935 and 1937 were recorded on cine film by the Lawson family of Balmore. Watch the film. 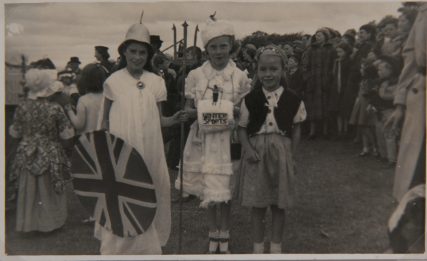 The coronation of our present Queen Elizabeth was celebrated in 1953, when there were the usual procession to Windmill Park, decoration of streets and the distribution of gifts to the school-children. This great event provided for many people the first experience of watching television! Many of the villagers saw it on sets positioned in the Blyth Hall and in the school fitted up by local electrician James Fairlie. 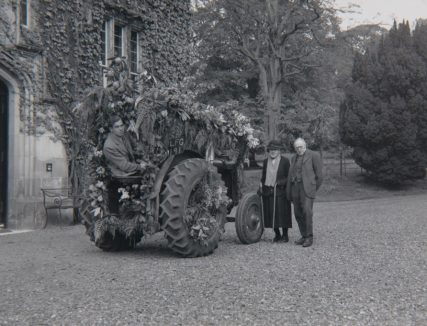 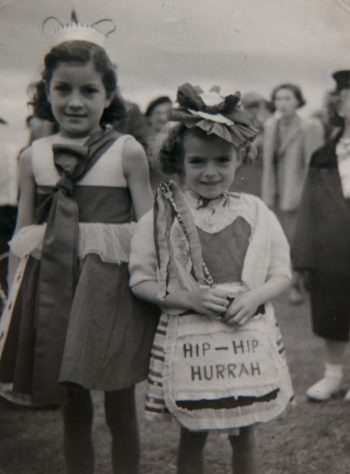 Three times since the end of the Second World War Newport has enjoyed royal visits. 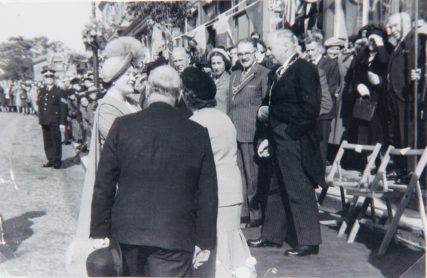 In 1950 the Queen (the wife of King George VI, later the Queen Mother) passed through the village en route from Newburgh and stopped to meet local people. A welcome platform was set up on the High street where Provost Lawson and other local dignitaries waited to greet her. She was presented with an Address of Welcome which had been designed by Mr Haeburn-Little of Kilnburn.

1958 Queen Elizabeth and Duke of Edinburgh 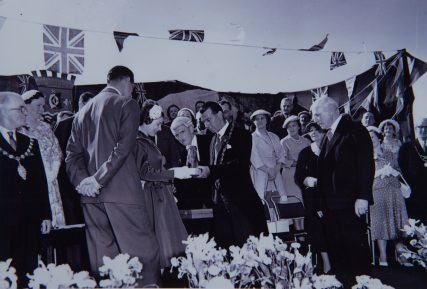 In June 1958 Queen Elizabeth and Prince Philip visited the village as part of their tour of Fife. Busloads of sightseers arrived in the village, and hundreds more crossed from Dundee by ferry. Once again a platform was set up on the High Street at the top of Granary Lane, and the Provosts of Newport and Tayport along with other local dignitaries paraded from the burgh chambers to the High Street. The procession was led by the burgh officer carrying his halberd. Gifts for the royal children, Charles and Anne, then

aged nine and seven, were presented to the Queen. The Queen and Prince Philip departed from the pier in the royal barge to join the Royal Yacht Britannia, moored out in the river off East Newport. 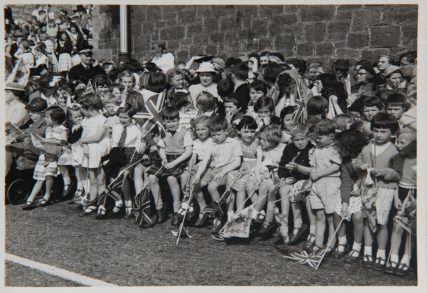 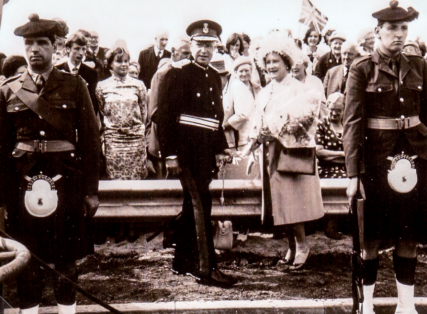 In 1966 the Queen Mother returned, not quite to Newport itself, but to open the new road bridge. Crowds awaited her arrival at the Newport end of the bridge, as she drove across in an open top car. She was greeted by enthusiastic crowds, as she was introduced to local dignitaries.

For more images relating to these royal celebrations, please search our archive.