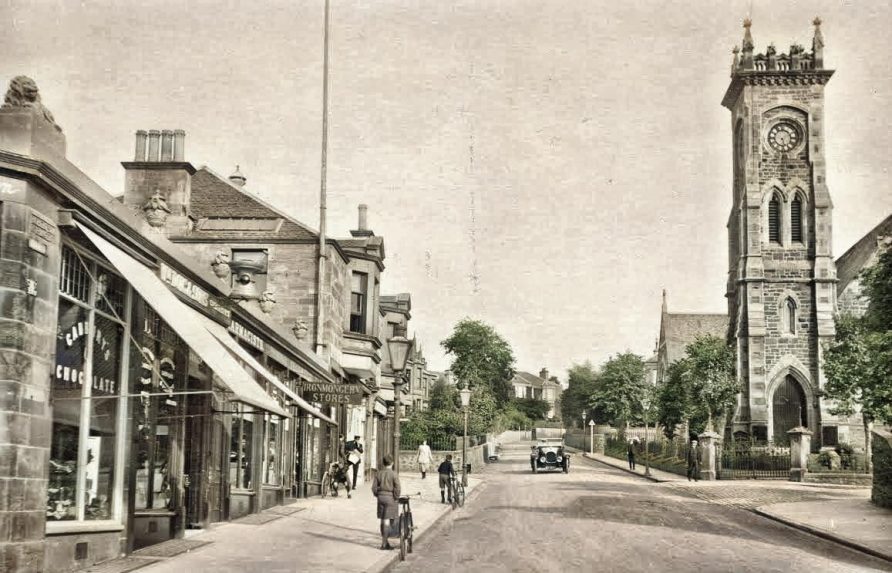 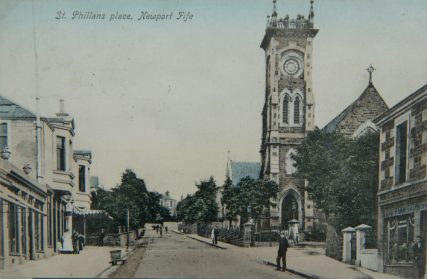 The above view is surely one of the most photographed scenes in Newport. There were dozens of postcards showing this view up Cupar Road, entitled either Cupar Road, St Phillan’s Place or Robertson Place. St Phillan’s Place was this first stretch of Cupar Road up as far as Hillside Place, and Robertson Place was the row of shops on the left. Some views took in St Thomas’ Church, as in these photographs, while others concentrated on the road and shops. 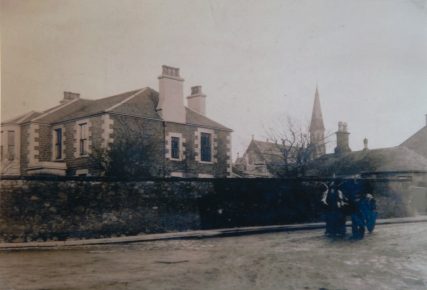 The Robertson Place row of shops was built around 1900 and was named after Alexander Robertson, retired publican at the Royal Bar, who had them built, possibly as a source of income in his retirement. Before Robertson Place was built the only building here was the old toll house for the turnpike road to Cupar. It had then served as the office for the Forgan Parish Board which allocated help to those in need. Before its demolition in 1900 it had been used as a house. This early building is just visible on the right in this photograph which dates from the late 1800s. In the distance is the spire of St Fillan’s Church on William Street, and on the left is Taybank, the first house on Tay Street. 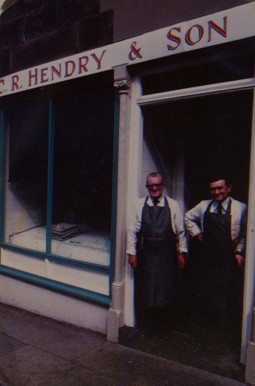 Some of the shops in Robertson Place were occupied by the same shopkeeper for many years, or housed the same type of business.  William Doig the chemist, whose shop can be seen in the top photograph, had his shop here for over 50 years until the 1950s. After that it continued as a chemist until 2006. Father Charles Hendry, then son Alan, had the butcher’s shop, now 17 Cupar Road, from 1937 until 2012. It continues as a butcher today (2021). From the 1970s until the 1990s, Froude the ironmonger occupied the shop at what is now 7 Cupar Road, now in 2021 the Newport Bakery. 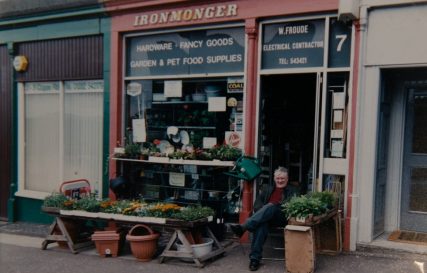 Until Little Charmers took over these premises in 2005 there had always been an ironmonger here. One of them, Kirk and Coutts, can be seen in the top photograph. 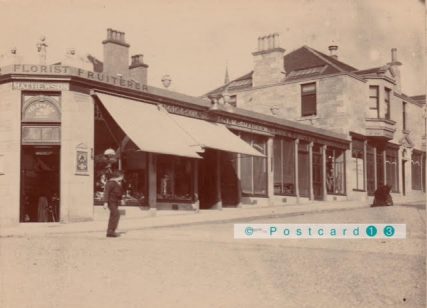 The Robertson Place shops 1902: Mathewson the greengrocer; Doig the chemist; Sneddon the outfitter; and Kirk and Coutts the ironmongers.

On the other side of the road, just visible in the second top photo and the one below, was Wallace’s shoe shop. The Wallace family repaired and sold boots and shoes here from the 1890s until the 1960s. 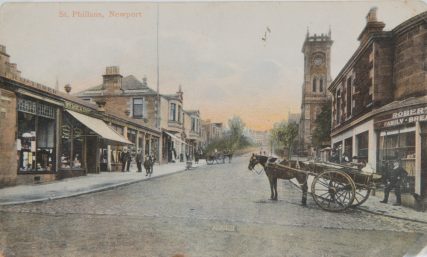 When Robertson Place was first built the upper floor of the top four shops was occupied by the Unionist Club, and used as hall accommodation for their meetings and social gatherings. In some of these early photographs we can see the flag-pole at the side of the building, no doubt used by loyal Unionist Club members to hoist the Union Jack . In the 1920s the property was sold and it was bought by St Thomas’ Church who were able to use it for the next 70 years as much needed hall accommodation. At that time it was renamed Kirk House. Also to be seen are two bay windows upstairs, only one of which now remains. The upper hall was converted to residential flats in the 1990s.

At the corner of Gowrie Street and King Street, part of James Square, was a convenient shop for East Newport residents. Many fondly remember this as Bain’s, and in our photograph Mr Bain the grocer is on the right. He was proprietor from the 1940s until 1974, and the shop eventually closed around 1990.

Further down the hill, premises at 9 Union Street housed Alexander Young’s grocery and spirit dealer business for an astonishing almost fifty years from 1920 until the late 1960s. This shop eventually closed in the late 1980s.