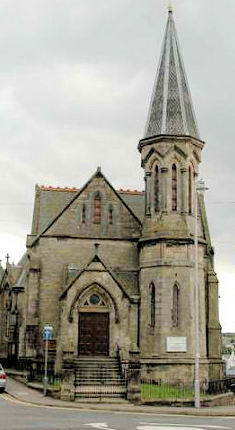 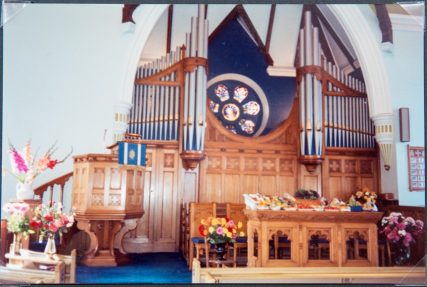 At the bottom of High Street is Trinity United Free Church, or the United Presbyterian Church as it was earlier. Even before the Disruption of 1843 there had been breakaway groups from the Established Church of Scotland, and three groups of dissenters came together in 1847 as the United Presbyterians. From 1878 Newport meetings were held in the Blyth Hall, and the first minister, the Rev James Scotland, was appointed in 1879. At that time there was no church, no land for a church and only forty-two members.

In 1881 the foundation stone of this new church was laid by Admiral Maitland-Dougal of Scotscraig Estate, Tayport, and the church opened a year later. The cost of the church was just over £3,000, and every penny was raised by subscription. No fund-raising was carried out. At the opening ceremony a sealed bottle containing copies of the Dundee Courier, Dundee Advertiser, Edinburgh Scotsman and Glasgow Daily Mail, as well as details of the officials of the new church, was laid in the foundations. The architect was C and L Ower, whose name can still be seen carved in the stone wall. Trinity Church closed in 2016.

The building is on the site of the first Newport Inn erected by the Dundee Guildry in the early 1700s, and from 1840 that building had been occupied by the Post Office. When the site was used for Trinity Church, the Post Office found a new home just down the road in the building opposite the pier.

For other images linked to Trinity Church please search our archive.