Newport The Burgh 2: The Provosts 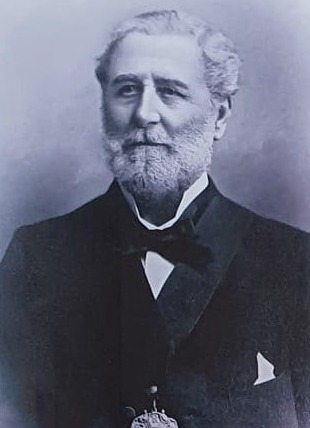 The first provost of Newport was Provost Alexander Scott of Ashbank Villa on Tay Street, now number 68. He served as provost for three terms of office from 1887 until 1896. In recognition of this period of service, Scott Street was named in his honour and a silver rosebowl and salver were presented to him by the community. These items would be the start of an impressive collection of burgh regalia, which would include the burgh halberd and chains of office for the provost and for the two bailies. Many of these items and others are on display in the library heritage area.

There were 28 provosts between 1887 and 1975, most of them serving for a period of three years. To introduce a note of humour, it’s interesting to note that Provost George Rain Little in the 1930s was followed by Provost Frank Fairweather! Where else but in Newport, on the east coast of Scotland with its low rainfall, would we find this? A complete list is below. See also the separate photograph gallery of provosts. 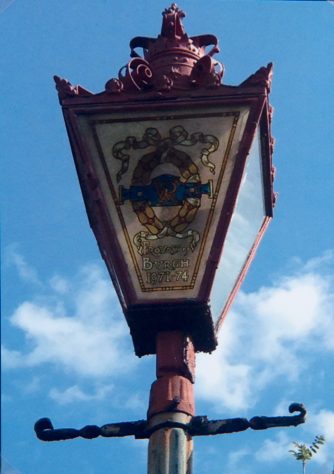 Ornate lamp posts were erected outside the home of the serving provost. When in office there were two lamps at his gate, and when he retired one was removed. The glass lanterns were beautifully patterned and bore the provost’s initials and the years of his term of office. The lantern was surmounted by a crown. Few of these remain in the village today. However a complete lamp standard, that of Provost Randolph Webster, can still be seen at Sandford House, and the lamp posts and lanterns minus the glass can still be seen at the entrance to the Parish Church. The last provost of the burgh, the Rev. Robert  Howieson (1974-1975) lived in the manse there. There is also a lamp post minus glass on Castle Brae, and another in the garden of Cadzow on Kirk Road. 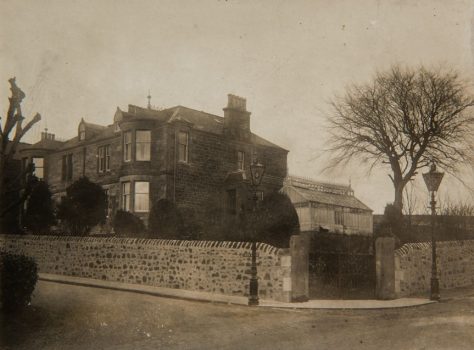 Provosts of the Burgh of Newport-on-Tay