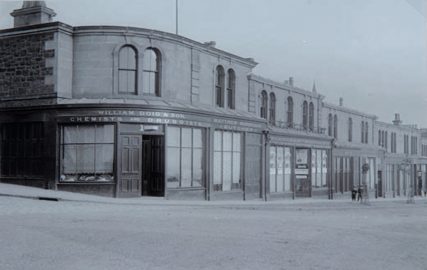 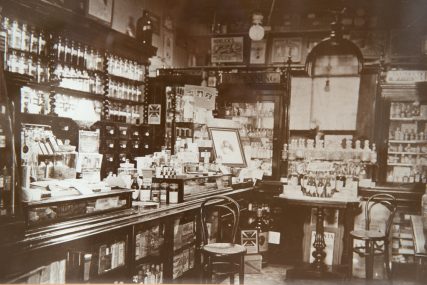 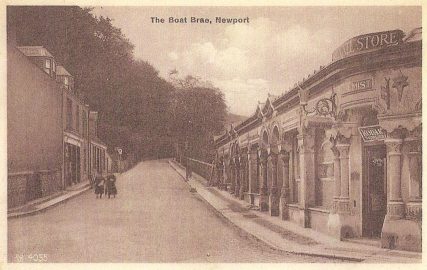 zoom
Chalmers the Chemist at the Pier 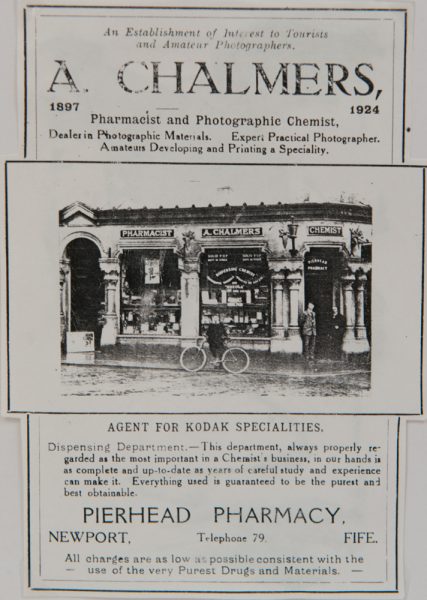 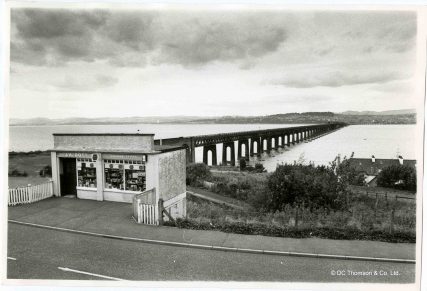 For over one hundred years four chemists served the pharmaceutical needs of the village, one of them, William Doig, operating for some 60 years. His chemist shop fronts appeared on many old photographs. William Doig came from Dundee in 1876 and opened his chemist shop at No 1 High Street.  By 1890 his two sons had joined him in the business. In the early 1900s they moved over the road to their Robertson Place (Cupar Road) shop (in 2020 the optician) and William Doig and Sons operated there until the 1950s. At the turn of the century they also had a shop in Dundee.

Meanwhile, down at the pier, Andrew Chalmers opened a chemist shop in the pier buildings and was in business there from 1897 until the 1940s. In the 1924 Newport guide, this shop was described as “an Establishment of Interest to Tourists and Amateur Photographers”.  In their pharmacy work everything used was guaranteed to be the purest and best available.

This shop was then taken over by David Kerr. After the Doig family business ended, David Kerr took over the Robertson Place shop and for some time into the 1960s supervised both the shop there as well as the one at the pier. By the mid 1960s, perhaps seeing the writing on the wall for the pierhead shops resulting from the building of the road bridge, he vacated the pier shop to concentrate solely on the one in Robertson Place.

When David Kerr retired in 1983 Ian Waugh then occupied the Robertson Place shop until 2004. When the chemist shop eventually in 2006 moved up to its new location beside the surgery, over one hundred years of a chemist presence in Robertson Place had come to an end.

In Wormit John Dott provided the pharmaceutical services. From the 1970s until the 1990s his shop occupied the double fronted building looking down on the Tay Bridge. He also had a shop in Tayport.