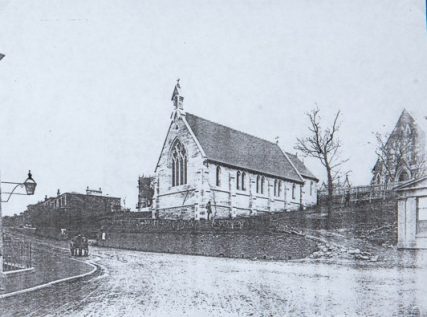 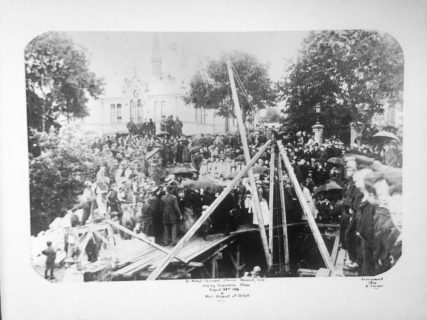 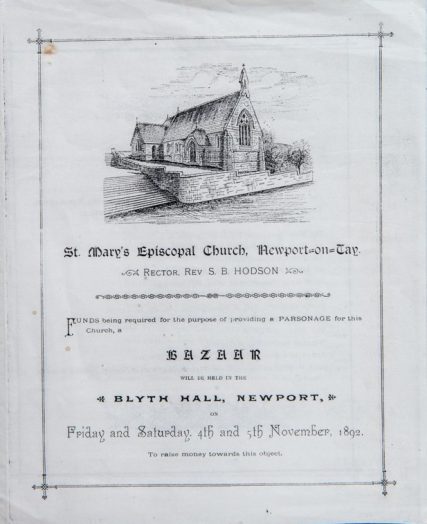 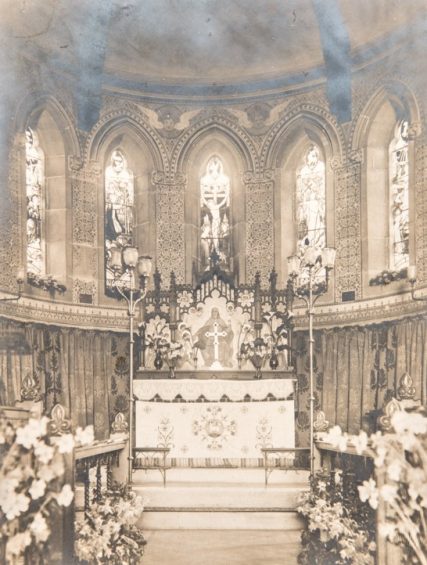 On the steps above Trinity Church, between High Street and Kilnburn, is St Mary’s Episcopal Church. The Episcopalians in Newport set up a congregation in 1883, and their meetings were at first held in the small Blyth Hall. Money was speedily raised, with the Misses Guthrie of Kilnburnbank and Miss Caroline Stewart of St. Fort House being generous subscribers. Miss Stewart was asked to lay the foundation stone of the church in 1886, and the church on the steps was opened the following year. In the cavity beneath the church, the architect, Major Thomas Cappon, deposited a box containing current coins, a list of church office bearers, and copies of the Dundee Advertiser, Evening Telegraph and other newspapers.

In 1892 a large fund-raising Bazaar held in the Blyth hall raised enough money to build a parsonage and hall next door to the church. Over the years the interior of the church has been improved, embellished and beautified, in many cases thanks to the generosity of individual donors. Pulpit, rood screen, font, lectern and beautiful stained glass windows have all been added.In 1904 a water-powered organ was installed. This wasn’t electrified until 1949.

A visit to St Mary’s is recommended, and while there, look out for another interesting feature. In some of the back pews are carved initials. These are the initials of boys from the Mars training ship. The Captain of the Mars from 1870-1892, Charles Scott, was a member of St Mary’s, and some of the Mars boys were marched along here from Woodhaven for Sunday service.

Finally….. anyone for bowls?

Not many people know this! The church is on the site of an earlier, little-known, bowling green. This green had been established there by Mr Brown, owner of the Newport Inn, and was in use in the 1850s and 1860s. Further details of this bowling green can be found in a newspaper cutting in our archive.

For other images linked to St Mary’s Church please search our archive.