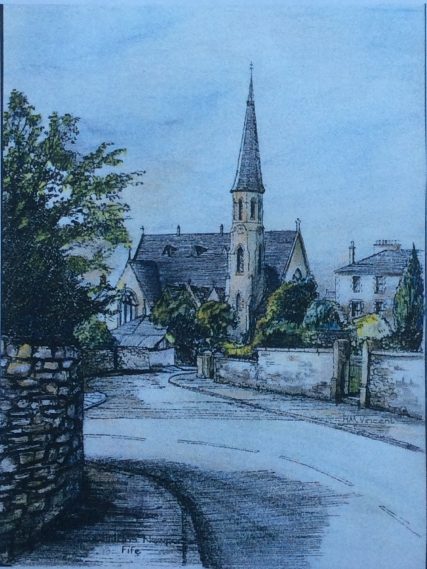 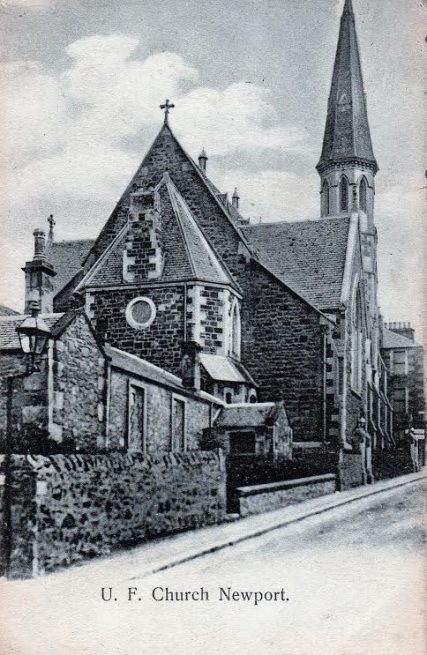 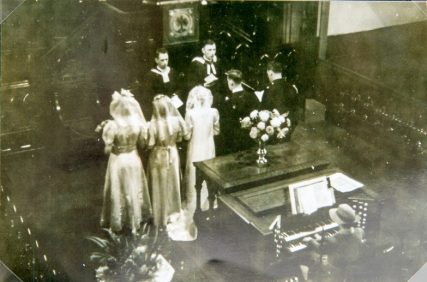 Soon after the opening of the new Forgan Kirk in 1841 came the Disruption of 1843, a controversy which would split the Church of Scotland. All over Scotland ministers left their churches taking many members with them, to set up Free Churches. Forgan was no exception, and the minister here, Rev. Charles Nairn, and half the members, left Forgan Kirk.

They immediately set about building themselves a new church, and the church which they founded was the Forgan Free Church, later taking the name St. Fillan’s Free Church. It stood at the junction of William Street and King Street. The building put up in 1843 was a temporary structure, quickly constructed in just six months with members doing much of the labouring themselves. St Fillan’s Church was completely rebuilt in 1868. As the church grew and prospered, side galleries were erected in 1890 to accommodate the increased numbers. In 1897 an organ was added, the gift of Mrs Blyth Martin.

In 1853 a hall was built next door in William Street which for almost thirty years until 1879 was used as a school. The Free Church library was also set up here. This was not just for the benefit of church members, but for everyone in the village, with the annual subscription being just one shilling (5p). Until the Blyth Hall was built in 1877 the Free Church schoolroom was the only place in the village large enough to hold public meetings, and was used very frequently for such purposes.

It’s interesting to note that in the 1950s St Fillan’s was well ahead in the technology race! Miss Millar of Westwood Terrace had a direct telephone link via the telephone exchange to the pulpit. By the flick of a switch in the pulpit the service could be relayed via the exchange directly to her house. Indeed other members were known to regularly gather there to take advantage of this system. This is clearly the forerunner of online sermons. The spire clock at St Fillan’s, connected to the master clock in the church below, was a gift from the Misses Millar in memory of their parents.

Joining with other churches

In 1929 the Established Church of Scotland and the Free Church of Scotland had resolved their differences, to such an extent that the two churches were able to re-unite. In Newport the two churches, St Fillan’s and St Thomas’, amicably co-existed until 1978. Then they united as Newport-on-Tay Church of Scotland, and the St Fillan’s church building was demolished in 1979. The Free Church William Street hall continued to be used by the new joint church along with Kirk House until their new hall was opened in 1992. The William Street hall, like Kirk House on Cupar Road, was then sold and converted to housing.

In 1981 Forgan Church also joined this union. Newport-on-Tay Church of Scotland is thus a union of these three churches, St Thomas’, St Fillan’s and Forgan.

For other images linked to St Fillan’s Free Church please search our archive.