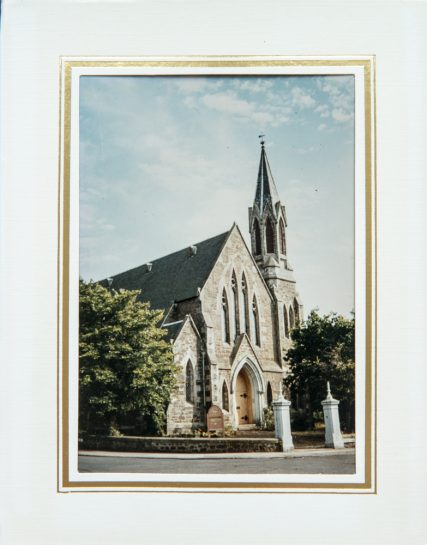 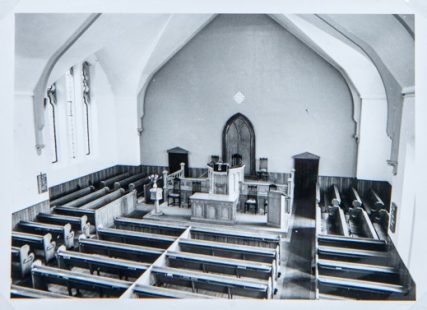 Newport Congregational Church, the oldest in the village itself, was first established in 1801, with the first minister appointed in 1803. Their first meeting-place was in ‘Broadhaugh’ in West Road, then in a  cottage near the pier which, after being improved and enlarged, became known as the Chapel House. In 1822 they built their first chapel on West Road (now 37 West Road). They worshipped there until 1868 when their new church was built at the bottom of Kilnburn.

The new building was much more spacious and it also accommodated a hall. Members were always proud to note that theirs was the only church in Newport to have a carillon of bells, presented by member Sir John Leng. This church closed in 1986 and was demolished in 1991. As with most vacant sites in Newport, houses soon filled the gap.

For other images linked to the Congregational Church please search our archive.