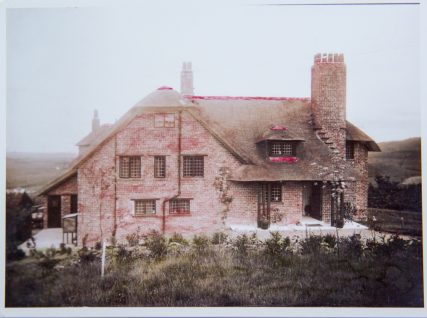 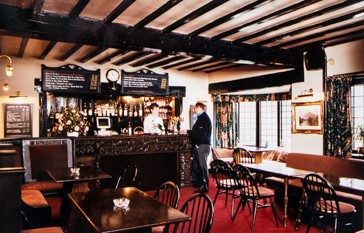 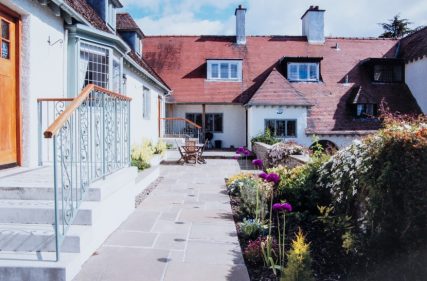 Sandford House, just to the south of Wormit, is well remembered by many of us as a popular and much loved hotel. The house itself however has an interesting history. Sandford is one of only two houses in Scotland designed by the Arts and Crafts architect Mackay Hugh Baillie Scott.

Sandford, or Sandford Cottage as it was called  at that time, was built in 1902 for the photographic publisher Harben J Valentine. It had red brick walls and a roof thatched with reeds from the River Tay. Unfortunately the house was almost destroyed in 1910 by a disastrous fire. Baillie Scott was called in to redesign Sandford and this time a tiled roof was used to reduce the fire risk.

Sandford and the Walkers

From the 1930s until around 1960 Sandford was owned by Sir William and Lady Bluebell Walker. During the war years they gave enormous support to the Norwegian 333 Squadron based at Woodhaven pier. Sandford became a house of respite for both officers and men, where they could rest and relax and were made to feel at home. After the war Lady Walker was awarded the Norwegian St Olav’s Medal for her efforts.

From the 1960s onwards Sandford was run as a hotel, first as the Sandford Hill Hotel then as the Sandford Country House Hotel. During this time the house was increased in size with the addition of another wing. The hotel closed in 2007 and while empty for three years it fell into serious disrepair.

Then in 2010 along came Ralph Webster and Evelyn Hardie. In the following years they completely restored Sandford in its original Arts and Crafts style, doing such a superb job that the project has been the subject of a full length BBC2 programme Restoration Home – Sandford House. Today Sandford is once again a family home, with adjoining holiday cottage accommodation.

Thanks to Evelyn Hardie for much of the information here.

For more images linked to Sandford please search our archive.