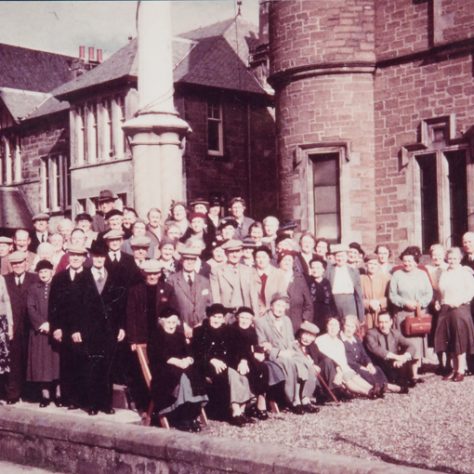 Old Folks' Club around the flagpole 1956 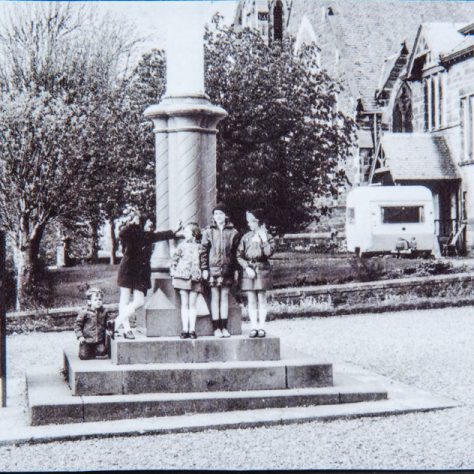 The flagpole outside the Blyth Hall was gifted in 1878 by Mr Blyth-Martin. One of the highest in the country it was 120 feet high and extended 20 feet below the ground. It was towed over from Norway and was similar in design to the flagpole in St. Mark’s Square in Venice. The pole, made of pitch pine, was fixed into a large ornamental cast iron base. This casting was made at the Saracen Foundry in Glasgow, the same foundry which produced the Blyth fountain on the Newport Braes. In the 1990s the original flagpole had deteriorated and was replaced with a shorter steel pole. One lesser known use of the flagpole early in the twentieth century was when the flag was raised to alert local curlers to the fact that ice conditions were good on the curling ponds in Tayfield estate!

Another conspicuous landmark outside the front of the Blyth Hall was a large tree in the street, which, despite the town council suggesting as early as 1919 that it should be removed, was not actually removed until around 1960. James Scrymgeour pointed out that carriages arriving for functions in the hall had to round this obstacle, and that children ran races round it. In 1957 both the tree and the hall frontage were floodlit for Christmas.