When Newport first acquired the status of a police burgh in 1887, the boundary lines of the new burgh were drawn. At first the burgh comprised only what we think of today as East Newport and West Newport. The border ran from the shore beyond the present landfall of the road bridge, around the back of Newport, returning to the shore again through the houses of St Fort Road and the harbour at Woodhaven. The boundary is clearly visible on the 1894 OS map. 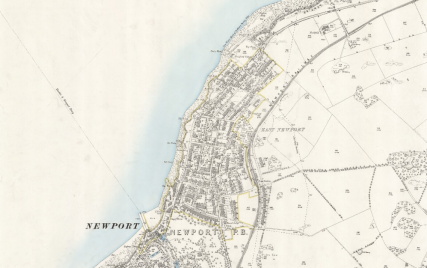 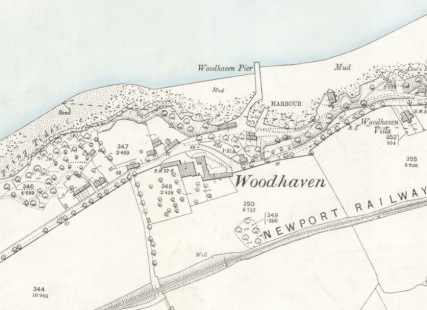 Physical manifestations of that boundary took the form of boundary stones, positioned all the way along the border. That first burgh boundary had 21 stones, all clearly marked BS on the map.

In 1902 the burgh boundary was extended to include Wormit. The new boundary continued along the railway line from Waterstone Crook, before cutting across the hill behind the village, turning sharply to the west at Wormit farm and reaching the shore at Wormit Bay. The new boundary can be seen on the 1914 OS map. 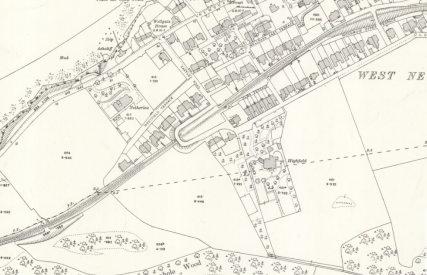 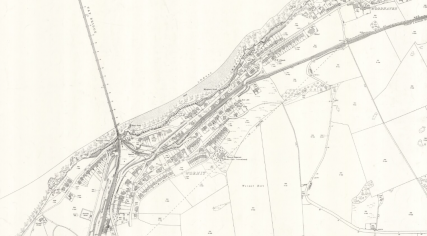 Along this new stretch of boundary there were only 3 new boundary stones: one where the boundary crossed the railway line at Flass Road; one marking the sharp turn at Wormit Farm; and one at Wormit Bay.

Of the 24 original stones, not many remain. During lockdown spring and summer of 2020 however, people were out and about walking more, and began to stumble upon (literally in some cases!) these little known, and previously little noticed, pieces of our history. 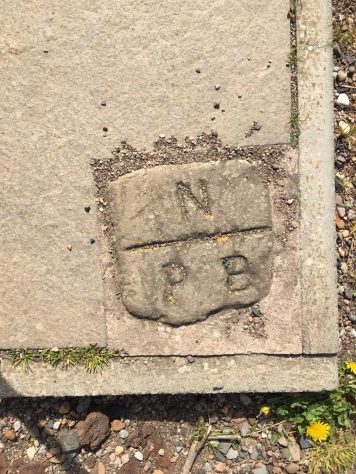 The stone at Wormit Bay was originally easily lost in the long grass. When the memorial for the Tay Bridge Disaster was erected in 2013 the stone was embedded in the concrete at the base of the memorial. NPB on the stones stands for Newport Police Burgh. 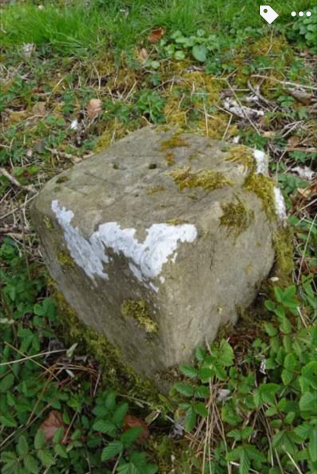 At the other end of the boundary, beyond the Tay Bridge and again close to the shore, this stone is almost complete. We can only make out the NPB on it because we know that’s what it is. 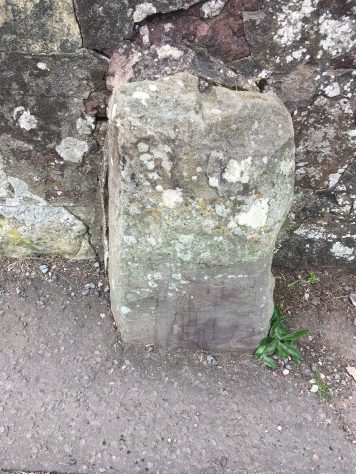 This stone stands at the junction of Cupar Road and Kirk Road. It may well have been moved, perhaps from the other side of the road. No sign of NPB on it, but fairly certain this will be one of our stones. There’s certainly one marked on the map here.

And finally, three stones found in the fields above Kirk Road. They are in amazingly good condition, one looking almost like new.

Three more stones were discovered in the spring of 2021. The first split one is on the left grass verge of the track up to Causewayhead, and has probably been moved from the field next to it. The second photo shows the stone, in excellent condition, which is in the field where Windmill Park was. Finally the stone built into the wall is on the small road to Inverdovat, between Cupar Road and the dual carriageway. 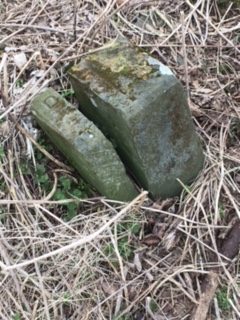 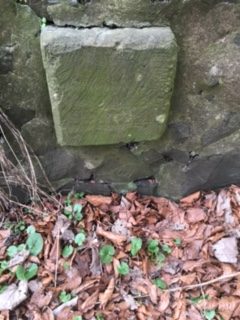 Many thanks to our stone hunters Catherine Johnston, Barbara Bell, Jeff Glass, Mary Forster and Iain Latto for finding and/or photographing the stones. What we would really like to know is…. are there any more out there?!