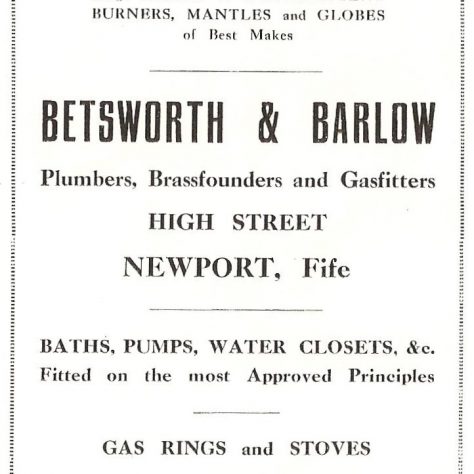 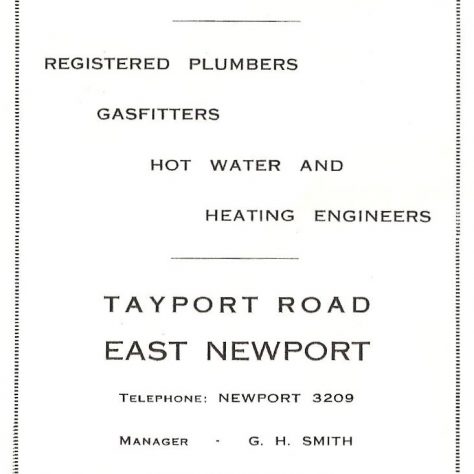 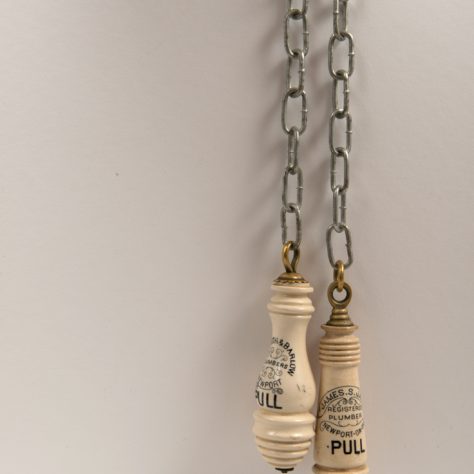 Betsworth and Barlow were plumbers and gas fitters with premises on the north side of the High Street. The firm was started in 1894 by two local plumbers, John Barlow and Henry Betsworth, both aged 24. Interestingly both their fathers worked on the Mars training ship: Edward Betsworth was a naval instructor and John Barlow senior was a gymnastics instructor. Both families had moved here from England for the fathers to work on the ship. The 1891 census described John Barlow junior as a ship’s plumber so possibly he too had worked on the Mars. When the firm was started the two men decided whose surname would come first in the company name by the toss of a coin. Betsworth and Barlow started life in Gas Lane, but by 1905 had moved to the High Street. They soon became a household name in Newport. Eventually John Barlow would buy out Mr Betsworth, and the business continued under three generations of John Barlow, father, son and grandson, until it closed in the late 1970s.

James Jack and Sons was another well known firm of plumbers and gasfitters in the village. James Jack had come to Newport from Brechin and started his business in 1880 on the High Street. By 1890 his workshop had moved to Union Street. In these early days as well as offering plumbing services, he was also described as a bellhanger. Two sons James and Robert followed him into the business. In the early 1900s he moved to Harp Cottage on Tay Street (now Little Beehives nursery) and operated a showroom in the premises attached while continuing with his Union Street workshop. In the 1930s and 1940s they also had premises in Bay Road, Wormit. From the 1950s until the 1980s James Jack and Sons continued in name only, still operating from the Union Street workshop but now run by George Smith. George Smith’s grandson still operates a plumbing business in Newport in 2020.