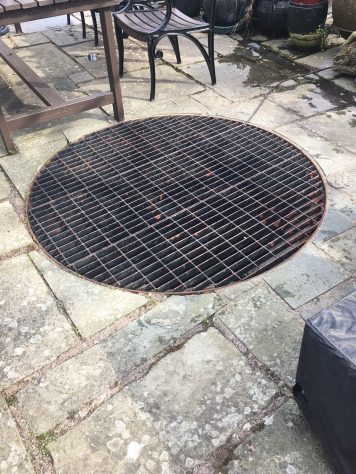 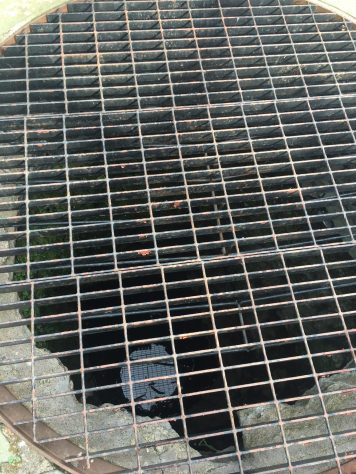 Thanks to a chance suggestion from one of our Newport History Group members, we have been trying to locate and list the many old wells in Newport. Some are marked on the old OS maps, but many aren’t. An appeal to the members of the Newport History Group and on the Old Newport facebook page brought some interesting information.

The pictures above show the very large well in the garden of 58 Tay Street. It’s wide and deep, 5 or 6 feet in diameter and going down some 27 feet. It appears that for many years it was used as a convenient rubbish dump, and it was a massive task for the house owner to clear it out. Among the interesting finds were a collection of old medicine bottles, still labelled, from William Doig and Sons. They were in business from the 1870s until the 1950s. One of the bottles is at least 100 years old.

The following are just some of the comments we received.

“There used to be a well in the wee bar at what used to be The Seymour Hotel (now Riverview Lodge). Opposite side of snug near the till. That would have originally been in the garage as that was what was made into the lounge. When Eric Gray put in the new bar the well was seemingly filled in. Not sure when that was.”

“I have one in my basement (Tay Street). Still potable water-and the water level never changes no matter how much or how little rain there is. It is accessed by lifting a flagstone with a hole in it. It used to be connected to a pump in the next room (original kitchen).”

“Re wells – the only one I remember from young is in a garden in Kerr St. When the Stone of Destiny was stolen (in 1950 from Westminster Abbey) the police came to inspect that well because the man in the house at the time was a well (excuse the pun!) known Scottish Nationalist! But of course it wasn’t there…”

“There was one at the back of 29 Gowrie St, filled in long ago.”

“There was one on Cupar Road near the tennis courts.”

“We have a well in our garden (Queen Street) just below our deck (we discovered it when the deck was being built around 15 years ago). It is a bottle well and we decided not to fill it in because it is such an interesting structure (and provides a water supply for the garden!). It is not really a well in the most conventional sense as it is really a basin cut into the stone bedrock to retain water which flows through it in an underground stream flowing beneath the house. We think it would have been dug around 1880 as the water supply for the house but in that role its life may have been short, with the arrival (I believe) of the public water supply over the Tay in 1879. There is also a well further up the hill on the other side of Queen Street, probably fed by the same stream, and there is one on Tay Street, presumably also served by the same stream. We haven’t had the water tested but it certainly runs clear and clean.” 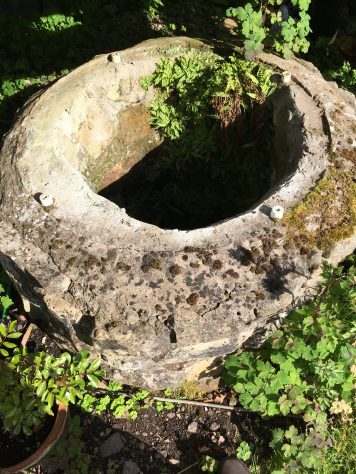 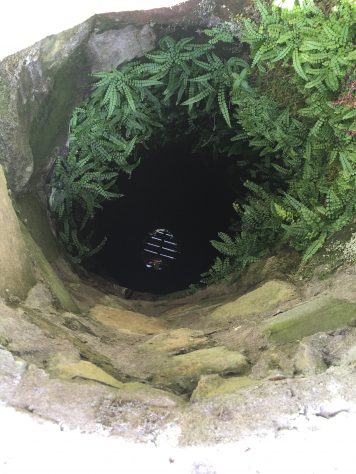 …… and in West Newport

“You might have been told of the well in the garden along West Road, it was in the garden next to the old Co-op. I stayed in the house when I was younger and we played in that garden and I remember was always told not to go near what was a well – don’t know how deep it was.”

“There is a capped well in our front garden on West Road. It must have been capped as we encountered a large slab which we couldn’t shift and were told by a neighbour that is what it was.”

“The one on West Rd near Eddie Grimes workshop (where the water trough is) got blocked up about 30 years ago…I just remember folks used to dump their rubbish in it…mostly on the way home from Stinky’s!”

“We discovered an old well in our garden in Kirk Road in the early 80s. Dad built a stone wall around it, and I went down it with a ladder.”

The following are wells marked on old OS maps (not mentioned above) and the dates shown.