You are here: HomenextArchivenextShops and BusinessesnextJoinersnextEddie Grimes' Workshop on West Road 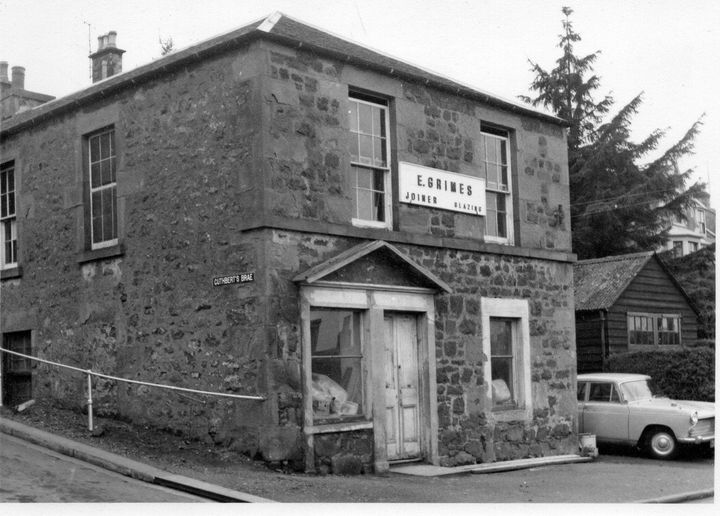 Eddie Grimes had his joinery workshop here on West Road  in the 1960s and 1970s. For such an unassuming building, 35/37 West Road has an interesting history. The building started its life as the chapel for the Congregational Church, and it fulfilled this purpose from probably around 1822 until 1868 when their new church was built at the bottom of Kilnburn. For much of its life the building has been divided. Even when the upper area was being used as a chapel there were people living in the lower area. From 1871 the upstairs was used by engineers working on the railway bridge as a place to pass their leisure time – and so the Newport Club was founded. In 1894 the Newport Club moved to their premises above the High Street. After the club left, the YWCA used the property until 1901. From the 1920s until the 1960s this upper floor was used as an upholsterer’s workshop, latterly by William Rankine who had the joinery business at Woodhaven pier.

Meanwhile downstairs was a grocer’s shop from 1862 until 1943 with the Milne family the proprietors for an astonishing 50 years. In the 1950s Mrs Pattie had her fish and chip shop here before Eddie Grimes took over. The building was converted to two houses probably around 1990.