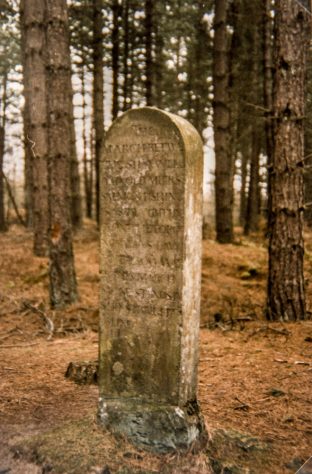 There was salmon-fishing all along the river, and there is still evidence of this in the ice-house in Tentsmuir Forest and previously also at Tayport harbour. Also in Tentsmuir forest the march stone can be seen: this large upright slab of stone, dating from 1794, shows the boundary between the local salmon fishing districts of Shanwell and Old Muirs. Unfortunately the writing on the stone is becoming increasingly difficult to decipher with the passing years. Salmon must have been plentiful in the river, as farm labourers on the Carse of Gowrie had it written into their feeing contracts that they did not want to eat salmon more often than twice each week! Further evidence of the salmon fishing industry lies in the string of fishing bothies on the shores of the river all the way up to Perth. Many of these bothies have been restored, either for fishing use or for other purposes. 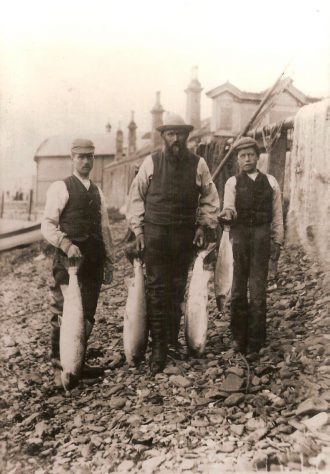 In the Newport area the main salmon-fishing stations were at Woodhaven, and at Craighead, below the Tay Road Bridge. It’s understood that until fairly recently in Craighead Cottage one of the rooms had a hole in the middle of the floor. This could be filled with water and allowed the fisherman to keep the fish fresh until taking them to market. Fish caught were usually taken to Dundee to be sold in the market there, or sometimes packed in ice and taken on to London by Dundee steamships. At first the fishing was done by coble and rope nets, but after 1797 stake nets were used. So many fish were caught using this method however, and there was such an outcry from fishermen up-river, that those nets were banned after 1812. 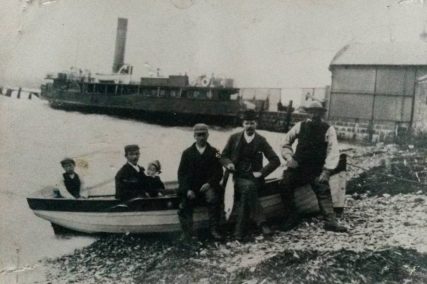