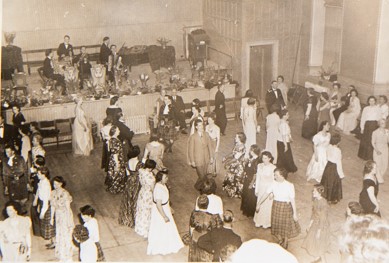 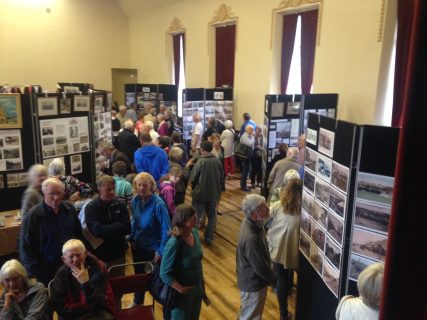 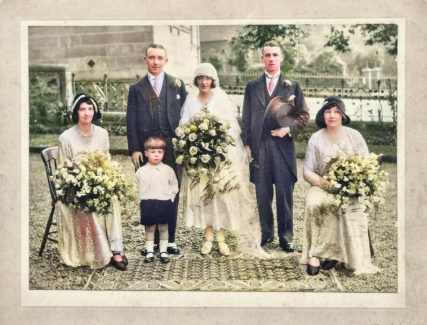 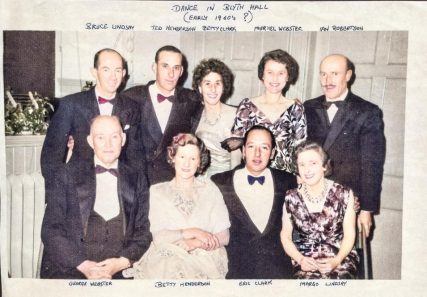 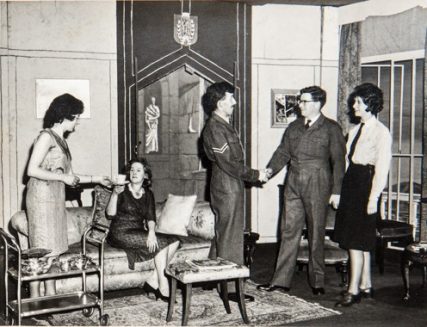 zoom
The Blythe Players in the Amorous Prawn

The Blyth Hall is one of the finest buildings in Newport, and the village is fortunate to have such a splendid public meeting place. The hall was gifted to the inhabitants of Newport by Mrs Isabella Kerr, later Mrs Blyth Martin of East Newport in memory of her three brothers, Henry, Thomas and Charles Blyth. According to the original deed of gift, the hall was “for the benefit and use of the inhabitants” of the village.

The hall was designed by Mr Johnstone, a Dundee architect, and was opened in 1877. The main hall originally had a gallery at the north end and a tiered stage, and access to the upper small hall was by a staircase at the rear of the stage. In 1890, when accommodation was required for the police commissioners of the recently formed town council, Mrs Blyth Martin again came forward and provided the money for an extension to the rear to include the municipal offices. A grand inauguration ball was held in the hall in October 1890, attended by all the most prominent members of Newport society at that time. Mrs Blyth Martin was presented with an illuminated address, (a stunningly beautiful piece of work in book form), and a bust of Mrs Blyth Martin was unveiled, which is still on show in the hall today.

The supervision of the hall was taken over by the town council in 1914, and until the years after World War II the caretaker actually lived on the premises, occupying a flat at the rear of the hall. In 1915 the caretaker’s salary was £52 per year, plus free house, lighting and fuel. Between 1973 and 1974 there were extensive alterations and improvements to the hall. The gallery was removed inside the hall, the stage area was altered, a side extension provided better access to the rear and to the upper hall, and new toilets and cloakrooms were added to the front. It was at this time that the false ceiling was added, thus hiding the magnificent roof above it. Robert Lorimer, designer of our war memorial and of the National War Memorial in Edinburgh Castle, described this ceiling as one of the finest examples of a pitch pine hammer-beam roof outside the parliament buildings in Edinburgh. In February 1974 a grand Provost’s Ball was held to celebrate the reopening of the refurbished hall. This was attended by Provost Randolph Webster and many other local dignitaries. Following local government reorganisation in 1975 the care of the hall was taken over by North-East Fife District Council and is now administered by Fife Council. The most recent development has been the refurbishment of the library combined with heritage room in 2009, and even more recently, extensive sound-proofing work in 2019.

The Blyth Hall is a venue for various concerts and shows, and over the years has been home to many clubs and societies. Badminton has been played there fairly regularly since 1927, with the beautifully sprung floor providing a superb base for this sport. Upstairs in the small Blyth Hall the Annandale Bridge Club has met weekly since 1949, and is still going strong in 2020. The club is named after the house at Woodhaven where it was formed. With over 40 members at present, the bridge club is in a healthy position, and must surely be one of the longest running users of the hall.  A Chess Club and a Literary and Debating Society have also met in the small hall. Country dancing classes, the old people’s club, keep fit classes and playgroup have all been based here. In the 1930s a Horticultural Society was organised, and they held an annual show in the hall.

The local library is also based in the hall. Newport’s first library was organised by the Free Church in their hall in William Street in the middle of the nineteenth century. In 1869 Newport Public Library was started by several Newport gentlemen. First located in the Congregational Church hall, it then transferred to the Blyth Hall when the offices were built at the rear in 1890. The library later moved into the school next door, and finally back to its present location in the Blyth Hall. Since 2009 the Heritage Centre has been part of the library and is well worth a visit for anyone interested in Newport’s past.

In addition to the above clubs and societies, the hall has been used for weddings and family celebrations, ceilidhs and dances, concerts and theatrical productions, coffee mornings, fairs and sales, displays and exhibitions, and of course…..Old Newport Exhibitions!