In 1887 Newport acquired the status of a police burgh. Initially the burgh covered only the area of East and West Newport but in 1902 the boundaries were extended to include Woodhaven and Wormit. The burgh was divided into three wards, Ward 1 being Newport east of Cupar Road, Ward 2 west of Cupar Road and Ward 3 Woodhaven and Wormit. A series of boundary stones marked the borders of the burgh. 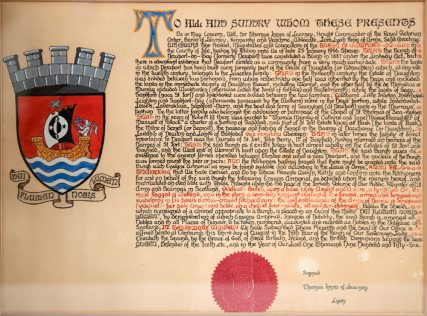 For almost 100 years until local government reorganisation in 1975, the affairs of the burgh were managed first of all briefly by the police commissioners and then by the elected town council. The council consisted of Provost, Senior and Junior Bailies and six other councillors. All manner of problems had to be faced and dealt with. Meetings were held in the offices at the rear of the Blyth Hall. When Mrs Blyth Martin realised the need for such meeting rooms, she came forward with the offer to extend the hall accordingly. The rear extension to the hall was completed in 1890. 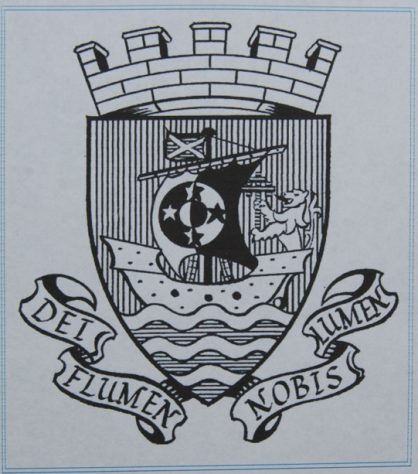 In 1956 the burgh was granted a coat of arms. The motto of the burgh was Dei Flumen Nobis Lumen meaning The River of God is our Saving Light. The blue and silver lines at the base of the shield and the galley above symbolised the river and the ferries. The ship bears on its sail the arms of Nairne of Sandford (St Fort) while the lion with the cross in the stern comes from the arms of Berry of Tayfield: most of the burgh was built on the lands of these estates.

The End of the Burgh

1975 sadly saw the end of Newport Town Council and other similar local town councils across Scotland. To mark such a significant end to this chapter in Newport’s life, an “End of Burgh” ceremony was held in the Blyth Hall. Presentations were made to three officials: Mr Alex Gilruth, town clerk for 28 years; Mr Jack Morton, burgh surveyor for 27 years; and Mr Ian Clark, burgh chamberlain. Provost Rev. Robert Howieson paid tribute to all those who had served the burgh in the previous years. 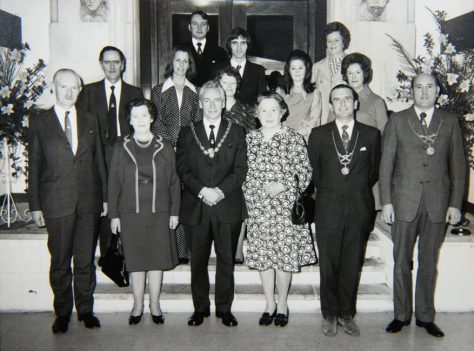 In 1975 a new two-tier system of regions and districts was established. Newport would be governed at a local level by North East Fife District Council and at county level by Fife Council. The path towards this had not been straightforward as the original plans had envisaged Fife being carved in three, with our north Fife villages being included in Tayside region. An energetic campaign was launched to preserve Fife as one region and this was successful. Newport became part of North East Fife District Council area, in turn part of Fife region, until further local government reorganisation in 1994. Since 1994 Newport has come under Fife Council jurisdiction.