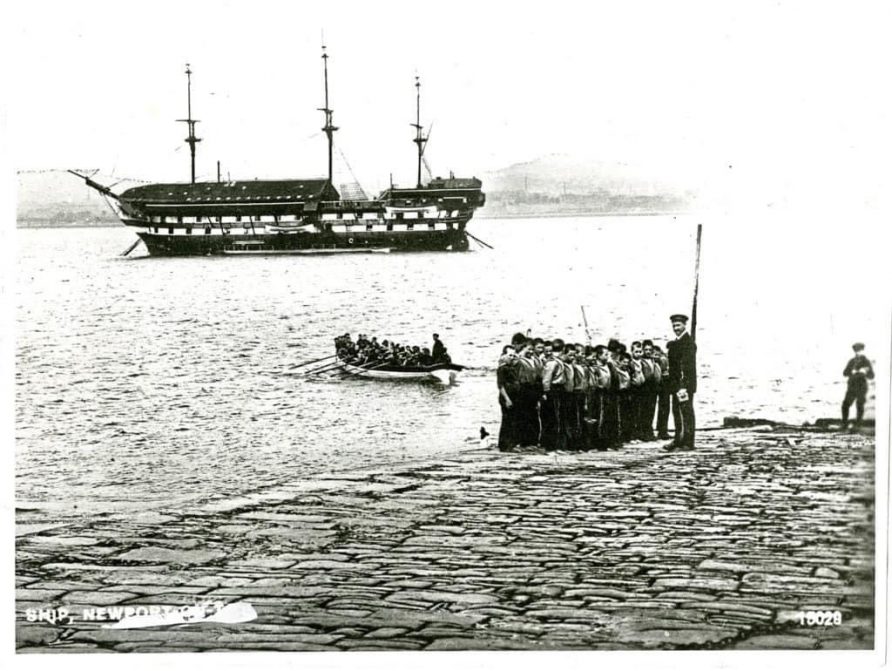 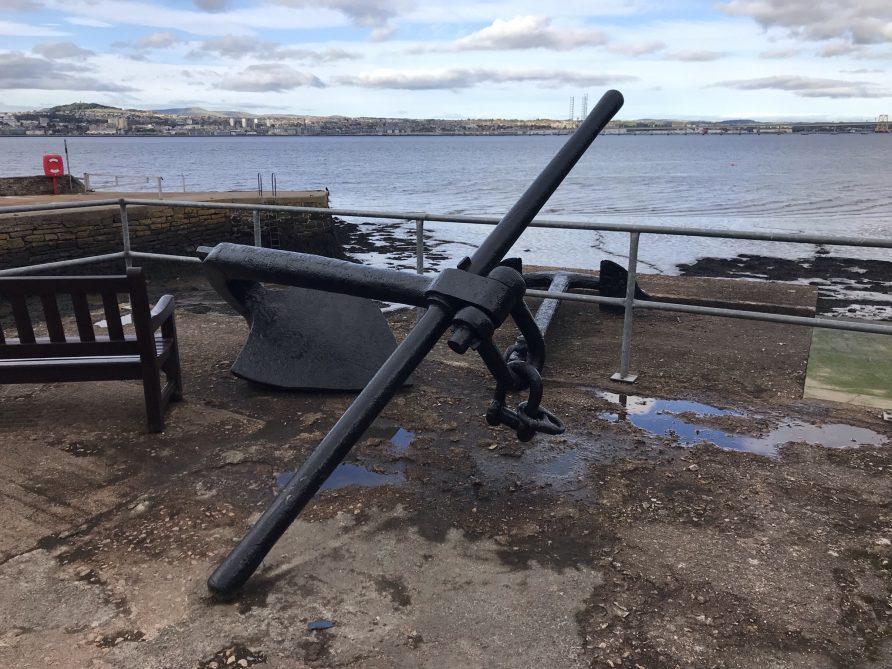 zoom
Anchor from the Mars which was retrieved from the sea.
Sandra Charles 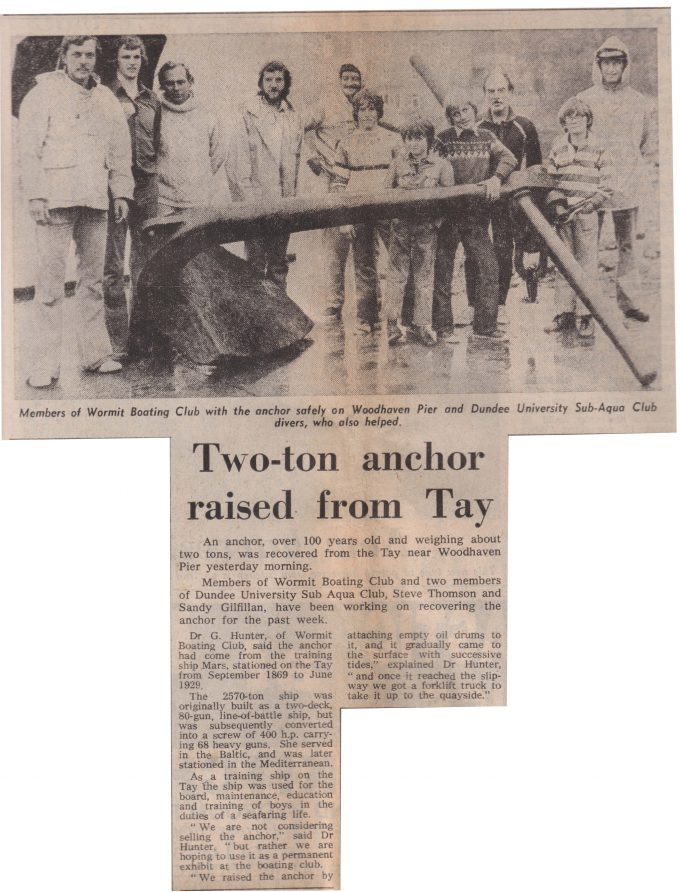 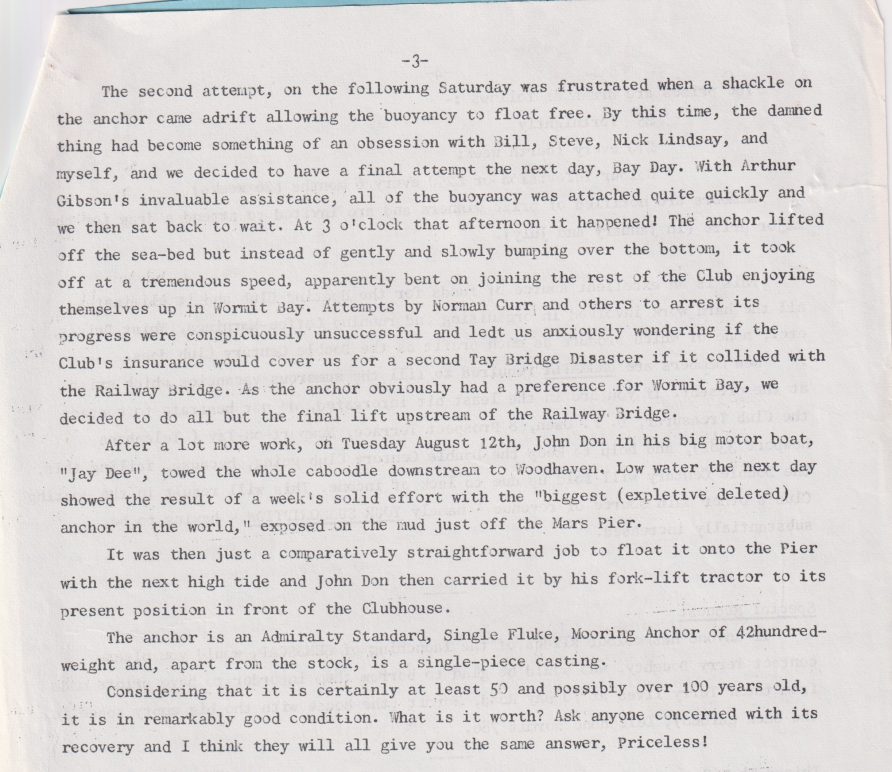 The Mars was anchored off Woodhaven from 1869 to 1929. In 1975 the moorings of a local boat, the Border Raider, became entangled with a mooring anchor which had been attached to the Mars. Stephen Thompson and another diver, both members of Dundee University’s sub-aqua club, located the anchor and freed the boat.

The anchor weighs about 2 tons and was an Admiralty mooring anchor, placed there to maintain the position of the Mars in the river. It was dragged back to Woodhaven by members of the Boating Club. It now sits in front of the  Wormit Boating Club clubhouse. It is believed that there is still one, and possibly more, anchor still in the bay.