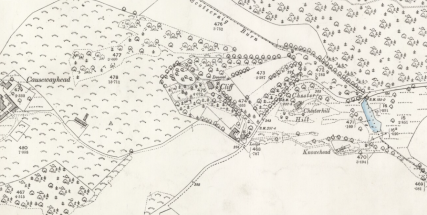 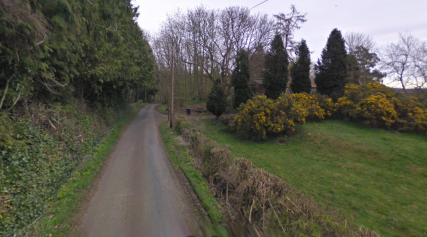 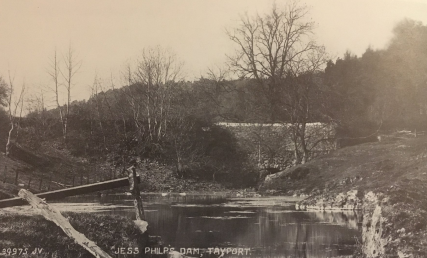 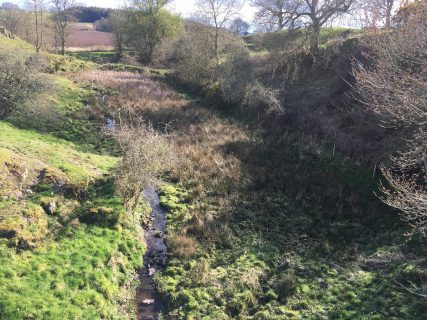 Most people in Newport and Wormit are familiar with the name Washer Willy and may also know that Washer Willy’s is on the back road to Tayport beyond Inverdovat Farm.

So who was Washer Willy?

Washer Willy was William Philip or Philp. From at least as far back as 1840 the Philip family lived in a cottage called Knowehead, which no longer exists – see map. Knowehead was behind the cottage which is generally referred to now as Washer Willy’s – although Willy never lived there. (Confusingly that cottage on this 1894 map bears the name Chesterhill, whereas nowadays the mansion across the road, previously known as the Cliff, has the name Chesterhill.)

By 1851 mother Janet is widowed and is working as a laundress, assisted by her daughter, also called Janet but apparently known as Jess, then aged 30. Son William (27) is working as an agricultural labourer. By the census of 1861 the household situation is the same although 80-years-old mother no longer works! The 1871 census shows brother William and sister Jessie, farm labourer and laundress. However…… 1881 shows Willy to be a Messenger to Laundress – and so a name was born. Washer Willy. He wasn’t the washer after all – just the messenger. Easy to imagine him earning the name as he made his way from house to house in Newport, delivering and collecting his no doubt heavy loads of laundry.

Interestingly, as the Tayport road twists down past Washer Willy’s, at the bottom of the hill it passes over a stone bridge crossing the Scotscraig Burn (also known as the March Burn as it forms the border between Tayfield and Scotscraig estates). There was a dam on the burn just below the bridge and the pond that was formed was always known as Jess Philip’s dam. You can see it quite clearly on the map here although nowadays it’s almost completely dried up. Whether Jess actually took water from the dam for her washing, or if she used the  well closer to the cottage, I don’t suppose we’ll ever know. On the 1855 OS map there is a well shown not far from the cottage, with a track  between the two. That was before the dam was formed. But by 1894 the well is no longer shown but the dam is. We’ll also never know whether it was Willy or Jess who trudged back and forward, bringing water to heat over the fire in the cottage. But it’s Washer Willy, not Washer Jess, that we remember. Washer Jess just doesn’t have the same ring to it.