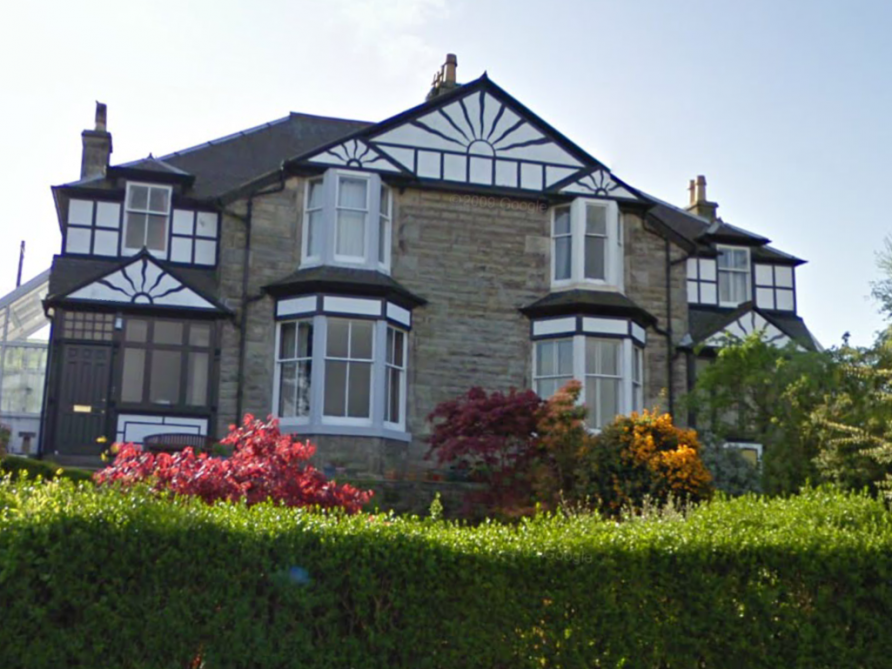 Wormit claims to be the first village in Scotland with a domestic electricity supply. This was provided by Alexander Stewart, a Dundee builder. After the opening of the second railway bridge in 1887 Stewart played a major role in Wormit’s development in the 1890s. He built Hillpark Terrace and Hill Crescent, as well as many other properties in Naughton Road, Birkhill Avenue and Mount Stewart Road. His Tayside Electric Company offered electricity to all his properties, and to others on request. Sun rays painted on the front of his houses were a symbol showing they were using this new form of power. Possibly the smaller sun symbol found on other houses on Riverside Road and on Netherlea also advertise the use of electricity.

Power was generated by a windmill located on Wormit hill, with a coal-powered steam engine to supplement this when the wind was low. As well as electric lighting for home-owners, basic street lighting was also provided. The generator on the hill was replaced in 1905 by a coal-gas engine down on the main road and this was capable of providing power for cooking as well as lighting. One pricing tariff allowed consumers to pay 10 shillings a quarter and use as much electricity as they liked – how attractive this seems today! This system continued until the 1920s when provision of power was taken over by the Fife Electric Company. After this there were many complaints about the inferior supply!

Thanks to William Owen for his research on this subject.