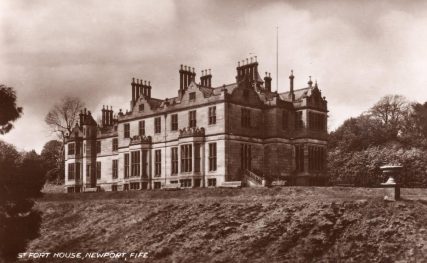 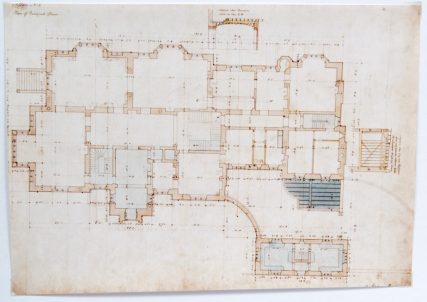 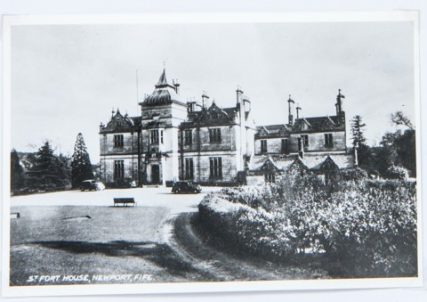 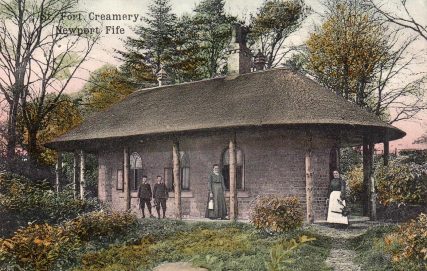 St. Fort House, a magnificent mansion house which stood just to the south of Newport and Wormit, was built by Henry Stewart around 1850.  Robert Stewart, the first member of the Stewart family to live there, had bought the estate in 1790, and his nephew Henry demolished the existing house to make way for the later mansion, designed by architect William Burn. The family lived in the house until around 1895, the last family member to live there being Miss Caroline Stewart. After she left, the house was let to close friends the Pilkington family. They occupied the house until World War II. Miss Maude Pilkington, who grew up there, would later live in Newport. In 1970, in recognition of all her work for the community, she was one of only two people ever given the freedom of the burgh.

According to census returns, the house contained at least 40 rooms spread over two main floors, plus attic rooms in the roof and a basement housing the kitchen and maids’ quarters, wine cellar, scullery and stores (see floor plan). During World War II the R.A.F. made use of St Fort house with officers being billeted there, and in the post-war years it was let as a hotel. This venture however enjoyed only limited success, partly due to the local council’s reluctance to grant a drinks licence. Nor was the building linked to mains electricity, by that time surely a considerable disadvantage in a hotel business! In the early 1950s the roof was removed in order to save money on rates. This of course led to the building’s rapid deterioration and it was eventually demolished in 1957.

The St Fort grounds were extensive and impressive, including woodlands, a curling pond and walled garden with greenhouses supplying the house with flowers, fruit and vegetables. The present main road more or less follows the line of the old drive up to the house from the five roads roundabout. This new main road, which was built in the 1960s at the time of the Tay Road Bridge construction, cuts the St Fort Estate in half. The old walled garden can still be seen to the east of the main road. Nearer the house were the home farm, stables, a laundry, a doocot, an icehouse and a creamery.  The creamery was a most unusual little building with thatched roof supported by wooden props, still easily recognised today. The parkland in front of the house was known as the ‘greens’, and was frequently the setting for the meeting of the local hunt, and in more recent years for carriage-driving championships.

For more images related to St Fort search our archive.