The Chapel House was situated on Boat Road, just to the west of Trinity Church. It featured on many very early pictures of the Boat Road area, and it stood out clearly in these early views as it was white-washed and was easy to see. At the start of the 19th century it was probably quite a modest little building, but in the early 1800s until the 1820s it was used by the Congregational Church as a place of worship. They improved and enlarged it and, from that time on, it became known as the Chapel House.

According to Historic Environment Scotland records, there was a stone built into the wall of Chapel House, which had this poem inscribed on it. It seems strange that such an unassuming building should have such decoration, and we can only guess that it dated from the time when it was actually used as a chapel. 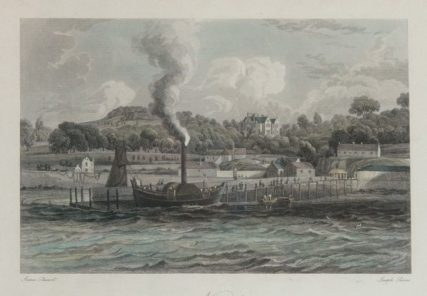 Probably the earliest view of the Chapel House is in the background to the well known view of the Union ferry boat at the pier. This dates from around 1840, and Chapel House is clearly seen, still at this time with one part of the building very much higher than the other.

In these early days the Chapel House’s closest neighbour to the east was the building housing the first Newport Inn and the first Newport post office. This building can be seen on some very early photographs but was demolished around 1880 to make way for the new Trinity Church.

In the mid 19th century, Chapel House was occupied by James Smith. He was the factor of the Tayfield Estate and the property was described as the Factor’s House. Coincidentally, over a century later, the factor or groundsman at Tayfield was another Jim Smith, no relation as far as is known. 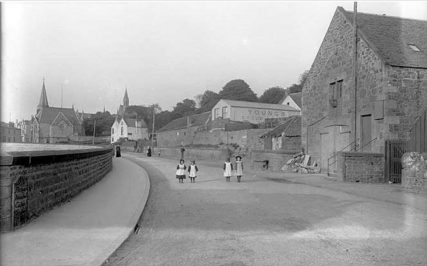 By 1900 the Chapel House had been enlarged considerably. In the census returns until 1891, it is described as having 8 rooms. Thereafter the property is split into at least two houses. Originally the property belonged to the Berry family of Tayfield Estate but by the 1920s it was owned by J T Young.

At the start of the 20th century, much change was taking place in the Boat Road area. J T Young had started his cycle repair business, then progressed into his motor business. By the 1920s he was expanding on Boat Road and eventually his motor engineering empire would cover the whole area occupied by the Scotscraig Apartments, with access from both Boat Road and the High Road. Although J T Young owned Chapel House from the 1920s, and was certainly intent on developing his business, it’s interesting to note that the property wasn’t actually demolished until the 1950s. For the last years of its existence it was hedged in on both sides by these large garage buildings. 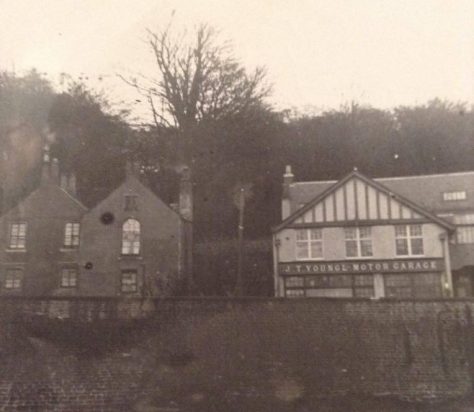