Seamills was the earlier name for Newport. The name refers to meal mills which stood near the water here, near the area of the present pier. Until 2018 there was still evidence of these mills: looking up towards the burn tumbling down from the High Road, on the left was a large hole in the stone wall (see photo). This would have been the wall of the mill, and later the wall of the smiddy. 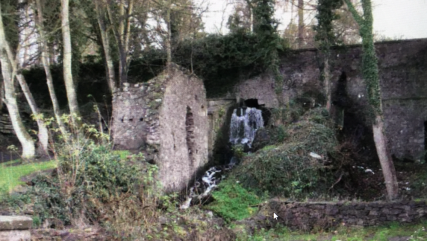 Unfortunately this wall was accidentally demolished in 2018. The hole in the wall is where the water wheel was fixed, giving power first of all to the mill, and later to the smiddy. The water wheel itself was  removed in the 1940s. There were mills here for centuries, and it was in fact those mills which first gave Dundee an interest in the Fife side of the water, forging a strong link between the two places.

In the sixteenth and seventeenth centuries the Dundee corn mills could not cope with all the corn which the town was importing to feed its growing population. The magistrates therefore leased the mills at Seamills, on the Dundee Waterside, as the south bank of the Tay was then commonly known.

To meet the needs of the increased traffic between the two places, the Dundee Guildry in 1713 bought 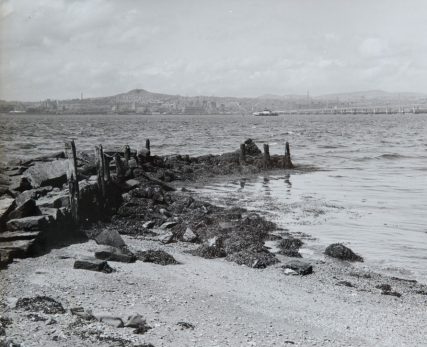 six acres of land around the Seamills from St. Fort (Sandford) and Inverdovat Estates. A new pier was built down below the old granary which stood above the shore directly opposite the bottom of Cupar Road. All that remains in 2020 of the old pier are a few wooden stumps in the water, only visible at low tide.  The Dundee Guildry also organised a more regular ferry service, and a house was built for the tacksman, or tenant, to be used as an inn and for horse-hiring. This public house went by the name of St David’s , and stood on the ground where Trinity Church would later be built. 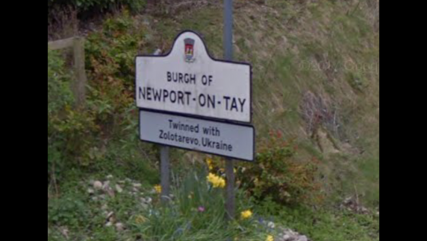 At this time of increased activity, the area around the Seamills began to be known as New Dundee, then Newport-Dundee and finally Newport. On Ainslie’s map of 1775 for example, the name Newport-Dundee appears, but by the start of the nineteenth century the present day version appears to have been adopted.

The End of the Venture

The Dundee Guildry hoped for much development in the area and expected that a flourishing new town on the Fife side would be an excellent outlet for Dundee merchants and traders. Unfortunately for the Guildry however the venture was a commercial failure, and by the 1770s, the Guildry was therefore relieved to sell the land and properties back to the original owners, St. Fort and Inverdovat estates. This marked the end of Dundee’s attempt to develop the area. However the legacy of Dundee’s involvement in this side of the river was the new pier, the new inn and of course the new name!