You are here: HomenextTransportnextTay Road Bridge 2: Building The Bridge

Once Fairhurst’s design for the bridge was finalised tenders for the work were invited, and the firm of Duncan Logan was chosen. Headed by son Willie Logan this firm had an impressive reputation. Work began on 29th March 1963. 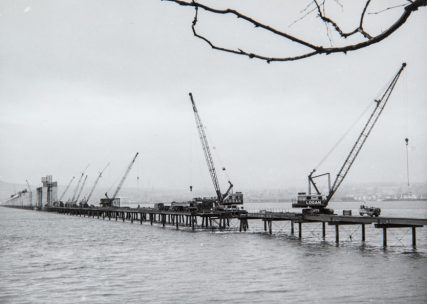 A stroke of brilliance was Logan’s decision to build the bridge from a temporary bridge underneath, and not from floating barges as was more normal. This would allow easy transportation of materials, and permitted working in almost all weather and tidal conditions. 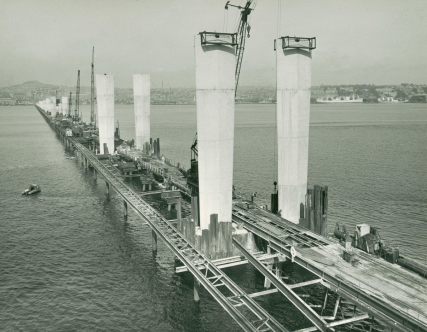 Once the temporary bridge had advanced some way into the river, then erection of the first columns could begin. Slowly the bridge crept southwards, the uniquely designed columns rising higher and higher. A milestone in the bridge construction was achieved on 15th February 1965 as Lord Provost McManus of Dundee shook hands with Provost William Smith of Newport on the closing of the final gap in the temporary bridge. Fife and Angus were at last linked. 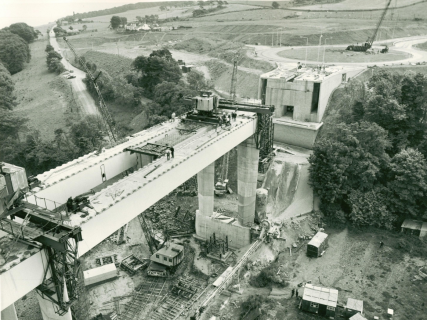 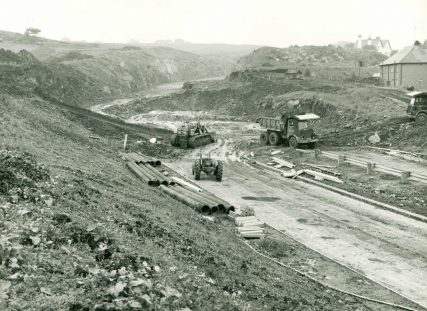 During construction there was considerable upheaval at both ends of the bridge as new access roads were constructed. At the Fife end of the bridge there was massive disruption and change to the landscape immediately to the south. A new road was driven from the bridge to meet the old A914 near the Sandford Hotel. Massive rock blasting was involved near the bridge as the dual carriageway was driven through the hill behind Newport, and residents of houses nearby recall a frightening instance of rocks landing in their gardens. 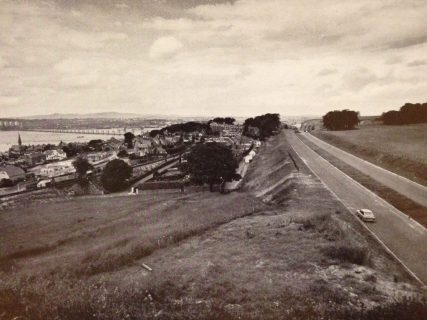 The building of this dual carriageway necessitated slicing through the railway line to Tayport in May 1966. For three months until the opening of the bridge in August, rail passengers to Tayport were taken from Newport to Tayport by bus. Thereafter their only transport option was by road and bridge. Also affected by the building of the dual carriageway was the St Fort estate, split in two by the new road. And above Newport the Windmill Park was cut off from the village and no longer easily accessible.

Upheaval on the River 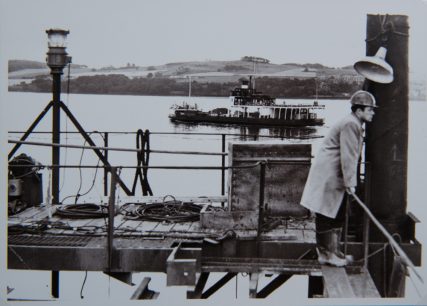 The Fifie from Temporary Bridge

Not only on land did the bridge construction cause disruption: the ferries too were affected. Crossings had to be halted at low tide as the bridge prevented the ships slipping down river far enough to avoid the sand-banks. On one occasion the Abercraig suffered engine failure and was driven by wind against the temporary bridge. Some damage was suffered by both the boat and bridge, and passengers had to be led to safety along the temporary bridge in gale force winds. 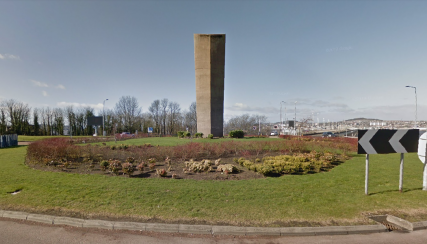 Sadly contractor Willie Logan never saw his bridge completed. He was killed in January 1966 when his private plane crashed near Inverness. His gravestone in Fodderty cemetery, near Strathpeffer, is in the shape of a section of the Tay Road Bridge. At a peak three hundred and sixty men worked on the bridge construction. Five were killed, two falling from the bridge and three when a section of the temporary bridge fell in the river. The tall column in the centre of the roundabout at the south end of the bridge, shaped like a bridge column, is a memorial to these five workers and to Willie Logan. There is a smaller memorial of similar design on the Dundee shore.