You are here: HomenextTransportnextTay Road Bridge 3: Opening of the Bridge 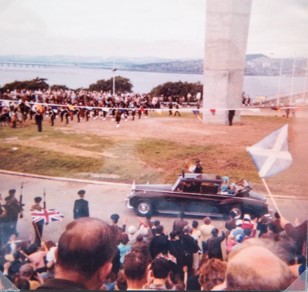 Finally, by the summer of 1966, the bridge was completed. It was opened on Thursday 18 August by Queen Elizabeth the Queen Mother. The official opening ceremony took place in Dundee, after which the royal party, led by a police car, drove slowly over the new bridge and a flag-waving crowd awaited the royal visitor at the Fife end of the bridge. The Queen Mother was greeted by John McWilliam Lord Lieutenant of Fife, was introduced to other officials, and was presented with a bouquet by Susan Smith, daughter of Newport Provost William Smith. She then returned to Dundee for lunch at the Angus Hotel with 400 guests! 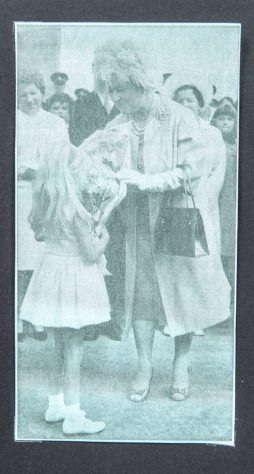 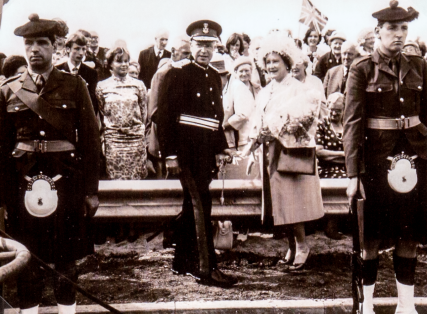 The Queen Mother after Opening Bridge

Back in Newport, the celebrations were just beginning. Of course school children had been given the day off school, and even the old folks had been catered for, with a special bus picking them up at various locations and delivering them to a special area at the bridge. A full weekend of celebrations was planned, but on that Thursday afternoon and evening most people wanted to do one of two things: either join the queue to cross the bridge by car for the first time, taking advantage of the first four toll-free days; or take a final nostalgic trip on the last Fifie. 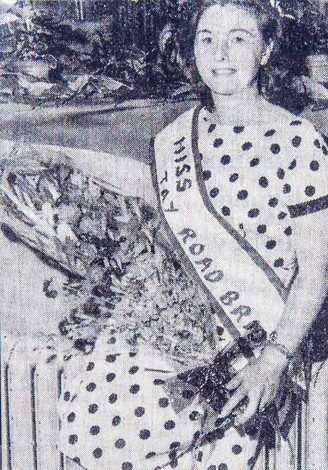 Ball in the Hall

On Friday evening a Gala Ball was held in the Blyth Hall, with dancing from 9 pm until 3 am, the highlight of which was the crowning of Miss Tay Road Bridge. A bevy of local beauties lined up to claim the title, all of whom would have been worthy winners, but the title went to Brenda Falconer of Kilnburn.

The next day a fancy dress parade to Tayfield marked the start of a grand Gala Day held in the Tayfield grounds. The gala was declared open by Provost Smith and Miss Tay Road Bridge. A full programme of events was organised, with displays, competitions, exhibitions, all the usual stalls and much music. Two trees were planted by Provost Smith and 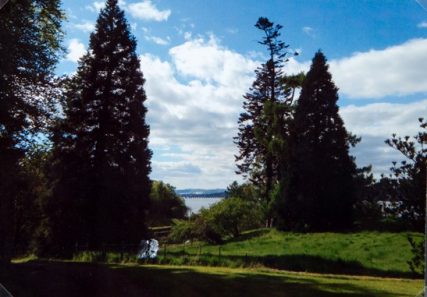 the Convenor of Fife Council to mark the occasion, and yachting competitions were held out on the river in the Tay Road Bridge Regatta. 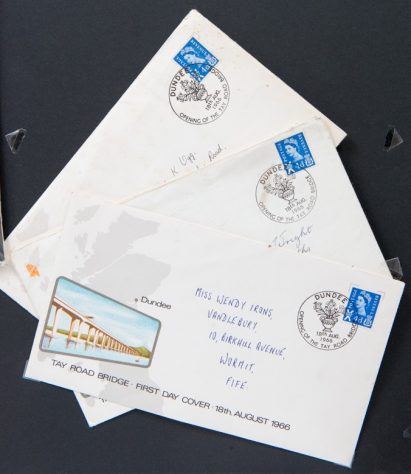 Many local people chose to send themselves first day postal covers. These were envelopes  specially designed for the occasion. They were posted on the day and stamped with a unique postmark to commemorate the occasion.

Local businesses such as the Sandford hotel and J T Young’s garage on Boat Road were quick to realise the opportunities offered by the new road bridge. Their advertisements reflect their hopes of increased business. 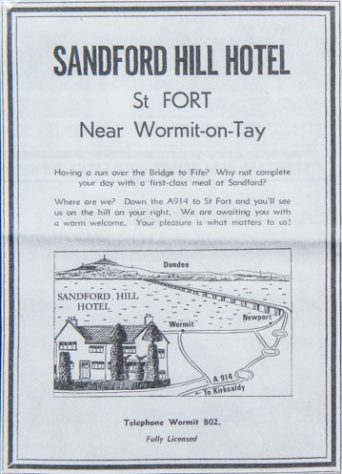