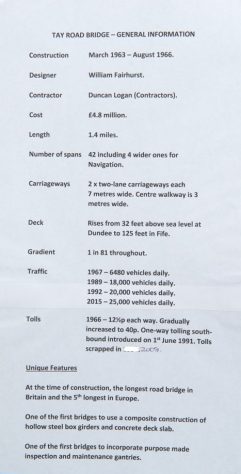 The bridge had taken three and a half years to build and cost £4.8 million. At the time of construction it was, at 7265 feet or 1.4 miles, the longest road bridge in Britain and the fifth longest in Europe.

As agreed before construction, tolls would be charged for those using the bridge. However for the first four days the bridge was toll-free and many local drivers took advantage of this to make a free crossing. In 1966 the toll for cars was 2/6 (12½p), for motor cycles 1/- (10p) and for heavy goods vehicles 10/- (50p). Cyclists travelled free but until the 1990s would share the main roadway with motor vehicles. The central walkway was for pedestrians only. 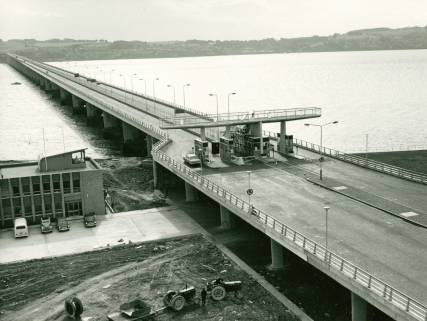 Toll booths for collection of tolls both north- and south-bound were positioned on a wide plaza at the north end of the bridge. Toll collection would eventually cause considerable congestion and queuing at peak times of the day. Indeed in the late 1980s when road works on the bridge aggravated the congestion, at morning rush hour the north-bound queue tailed all the way over the bridge and down on to, and along, Tay Street in Newport.

In 1989 the toll was increased from 12½p to 30p, and in 1992 to 80p one way. One-way tolling had been introduced the previous year in order to cut down on north-bound congestion at peak times. This had proved very successful. In 2007 the Scottish Government voted to abolish tolls on the Forth and Tay bridges. This took effect the following year and the toll booths were removed soon afterwards. 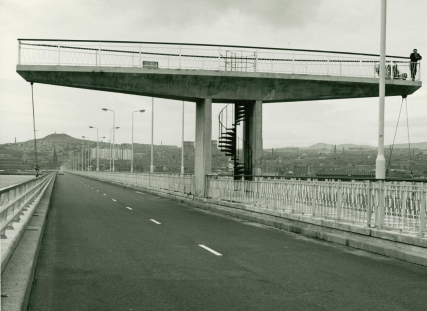 Certain changes have been made to improve safety on the bridge. The viewing platforms were removed, with the one above the toll collection booths being removed in 1988. In 1998 the central viewing platform was removed as part of a major refurbishment of the central walkway. At this time it was also decided that cyclists were at risk when using the main carriageways and should therefore use the central walkway instead. A lift was installed at the Dundee end of the bridge to allow them access to the walkway, and steps at the south end were converted to a ramp. 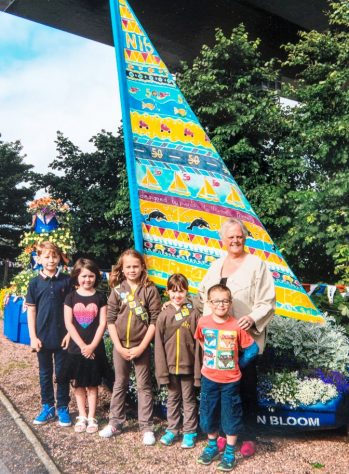 In August 2016 the road bridge celebrated its 50 years anniversary. To mark this milestone, an extensive programme of events was organised in Dundee in the new Slessor Gardens adjacent to the bridge. Here in Newport, Newport and Wormit in Bloom organised the decoration of our tubs and planters with brightly coloured sails designed by the local school children and Brownies.

For more images relating to the Tay Road Bridge search our archive.