You are here: HomenextTransportnextMercury and Maia 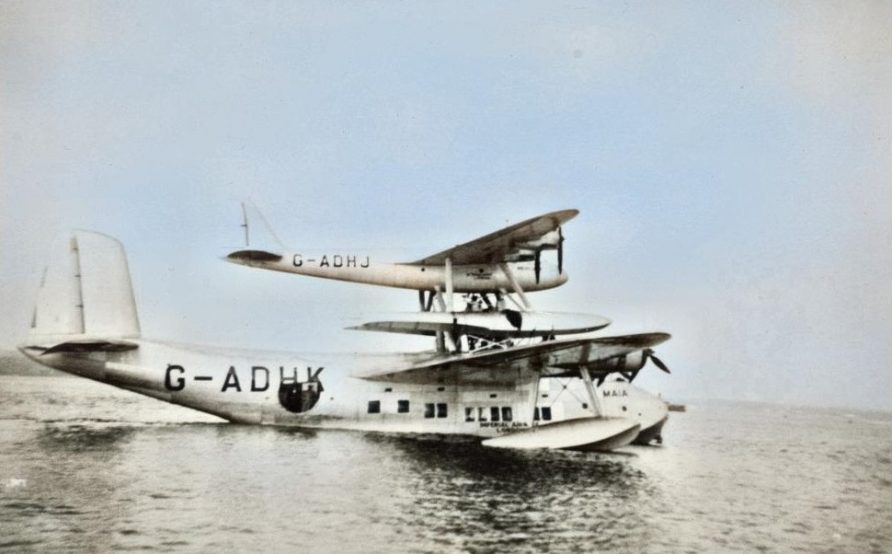 In October 1938 some unusual activity could be seen out on the river, and local children were allowed out of school to view the action from the Kilnburn steps. The Tay had been chosen as the starting point for a remarkable journey, and one that would go down in aeronautical history. This journey would involve two seaplanes, the Mercury and the Maia, and the flight destination was South Africa. A journey of that distance was considered in the 1930s too far for any seaplane: the vast amounts of fuel required for both take-off and for the long journey would be far too heavy for any seaplane at that time. The solution was simple. Two planes would be used and one would ride piggy-back for the take-off, thus conserving vital fuel supplies for the long flight ahead.

On 6th October the Maia flying boat took off from the River Tay with the Mercury seaplane on its back. The two planes separated a few miles beyond the city, and the Mercury headed off to Africa. Some forty-two hours later Mercury descended through a cloud of flamingos and touched down on the River Orange in Alexander Bay, South Africa. Captain Donald Bennett had set a world distance record of non-stop flight of 6,045 miles for a seaplane, a record that still stands today. Sadly, Maia was destroyed by German bombers while moored in Poole Harbour, Dorset in 1941.

Watch the film of the planes on the Tay before departure.

See newspaper report on Mercury and Maia flight in our archive