You are here: HomenextTransportnextFerries 3: On Board the Fifie

Ferries 3: On Board the Fifie 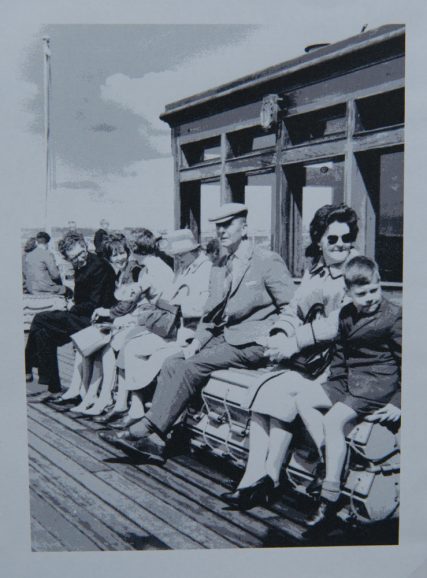 zoom
Out on Deck 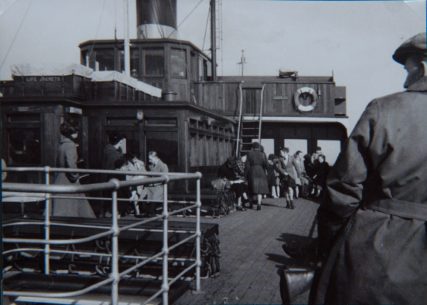 zoom
Deck Activity on the Scotscraig 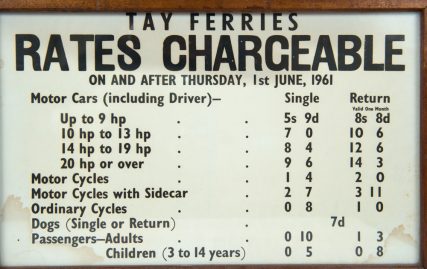 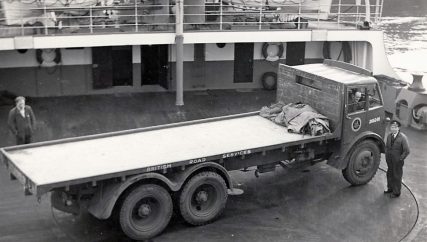 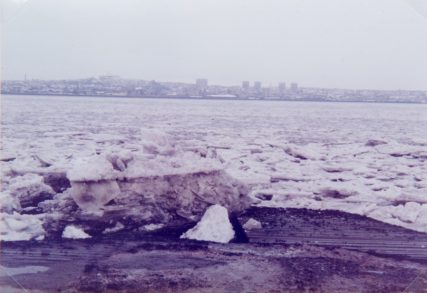 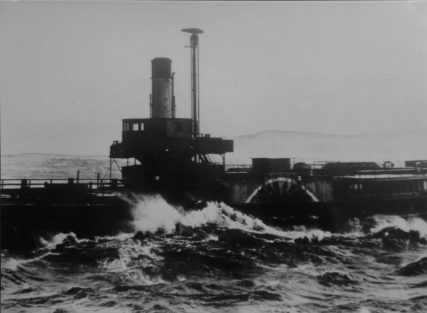 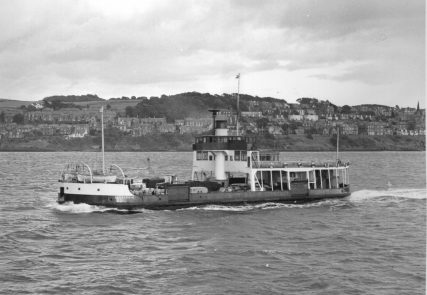 The later Fifies all had a promenade deck above the saloon. Travelling in the saloon was slightly more expensive (but only 1d or latterly 2d more) and many passengers preferred the bracing fresh air that went with the seat on deck to the stuffiness of the saloon. Indeed it was a common sight to see some businessmen having their daily exercise by walking round the deck. Frank Morrison, the first honorary burgess of Newport, declared that “the finest walk in Newport was on the deck of the Fifie”. James Scrymgeour however recalled that it was a source of much amusement for youngsters, and very often giggling children were seen following and copying the adults.

Many passengers kept their ferry tickets for nostalgia’s sake, and in this photograph there’s a selection. There’s a combined rail and ferry season ticket, a couple of singles, a return ticket, the 1d (old penny) saloon ticket and a ferry season ticket. The table of charges is from 1961.

At busy times cars and lorries were packed in tightly on the car deck, and here we see a lorry only just fitting on to the turntable that was fitted on the deck.

Such a vast, open estuary as the Tay can throw up the full spectrum of weather conditions.

Fog was frequently a problem out on the river, making for a hazardous crossing and causing several accidents over the years. Before the Fifies were fitted with radar after World War II, in foggy conditions, the Fifie would sound its siren as it crossed the river, until finally in reply would be heard the Newport pier bell.

In the severe winter of 2010-2011 the river was almost covered in ice. In such conditions, when the upper stretches of the Tay are frozen over, the thaw can bring huge masses of ice down the river. In the past as these enormous ice floes crashed against each other and piled up around the piers it became increasingly more difficult and dangerous for the ferry boats to make headway. In the icy winter of 1962-63 the Rev Robert Howieson described how only the old B L Nairn was able to keep going, and how adventurous it felt to stand out on deck and look down over her prow as she rammed her way through the ice.

There have always been days of exceptional gales funnelling down the firth, but only in extremely rough weather were sailings actually cancelled. It’s interesting to note that after the building of the replacement railway bridge in 1887, passengers’ confidence was slow to return, and in the stormiest of weather many reverted to the ferries, perceiving them to be safer.

The Fifies were held in great affection by travellers and are still fondly remembered by many local people. For Dundonians the Fifie was an escape route from the smoke of Dundee to the green fields of Fife, and for Fife residents it provided an efficient transport system right into the heart of the city. Sadly, the ferries are now a distant memory for those who travelled on them: for too many others they are not even a memory. Many who now live on the south side of the Tay have never known the pleasure, excitement and sometimes the inconvenience of boarding a ferry to cross the river. For those who have never done so, and for those who would like to do so again, take a trip on the Fifie now!