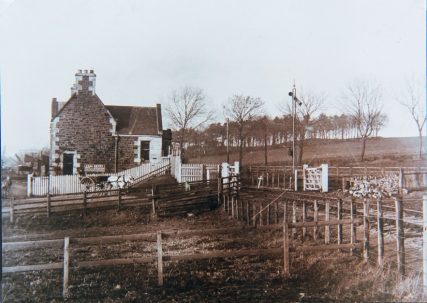 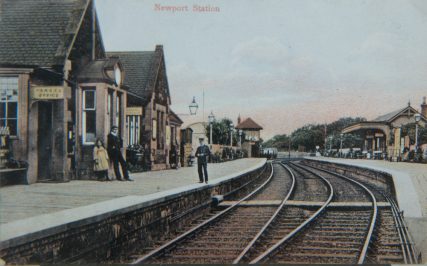 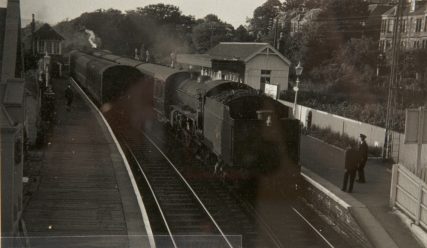 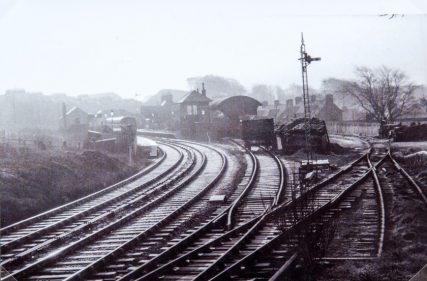 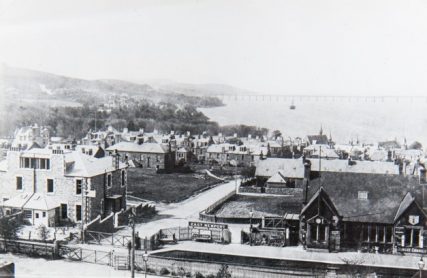 East Newport Station opened on 13 May 1879, one year after the Tay Bridge opened. There was a ticket office, stationmaster’s house and waiting room on the eastbound platform, but on the westbound only a waiting room. At the western end of the station there was a level crossing and eventually a pedestrian crossing bridge. There was double track through the station, the only passing place on the line between Tayport and Wormit. Behind the station there was an extensive goods yards, with two coal merchants having their bases there. Before station closure these merchants were Smith Hood and Co Ltd, and Thomas Muir, Son and Patton Ltd.

For would-be passengers, it was quite a climb up to East Newport station from the middle of the village, but cunning commuters had the answer. They bought a combined ferry and railway season ticket to Dundee. This allowed them to walk downhill to catch the ferry to work in Dundee, and take the train back at the end of the day and walk downhill again to reach home.

Development of the Village

The arrival of the railway, and particularly the opening of the station at East Newport, encouraged further development of the village. Mr James Duncan, first stationmaster at East Newport in 1879, remembered that “for years… trainload after trainload of bricks, stones and building material arrived every week”. These building materials were used in the houses that spread in all directions: to the east along Tay Street, Tayview Terrace and Prospect Terrace; up Cupar road and its arteries to the elegant terraces of Norwood, Linden Avenue and Albert Crescent; through West Newport and up the hill to Kirk Road; and in the creation of an almost entirely new village in Wormit.