You are here: HomenextTransportnextThe Newport Railway 5: End of the Line

The Newport Railway 5: End of the Line 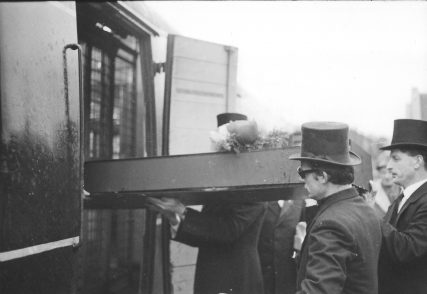 zoom
Coffin is Piped Aboard 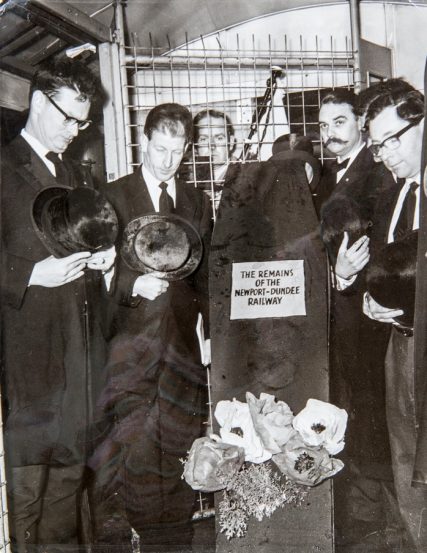 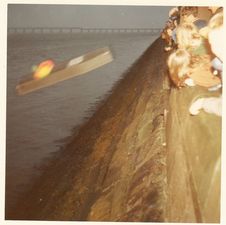 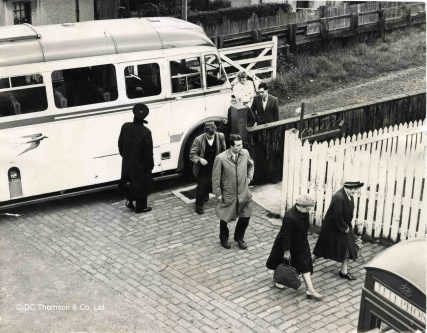 The Newport railway closed on 3 May 1969. Since the opening of the Tay Road Bridge three years earlier in August 1966, numbers of passengers using the trains had dwindled. That Saturday evening hundreds travelled on the last train, filling the six extra coaches that had been added to the train for the occasion. Many more watched from the footbridge at East Newport, from the platforms at West Newport and Wormit and from doorways and windows as it passed by.

The local members of Round Table decided to carry out an official funeral procession. They arrived at East Newport station, suitably garbed, and carrying a coffin inscribed with the words ‘The Remains of the Newport-Dundee Railway’. The coffin was piped aboard into the guard’s van. On arrival at Tay Bridge Station, the funeral party proceeded along the esplanade where the coffin was ‘buried at sea’.

An early sign of what might lie ahead had come in May 1966 when construction of the dual carriageway to the road bridge meant the closure of the railway line to Tayport. An underpass or bridge would have been too expensive on a line for which the future was already in doubt. Instead, until the road bridge opened, passengers for Tayport were met at East Newport station and taken on to Tayport by bus.

For more images relating to the railway please search our archive.