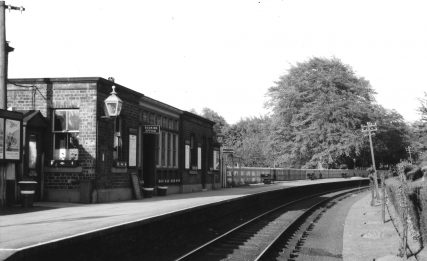 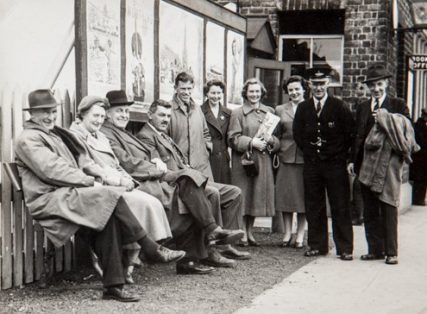 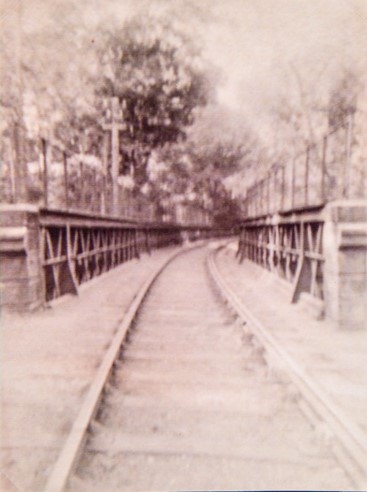 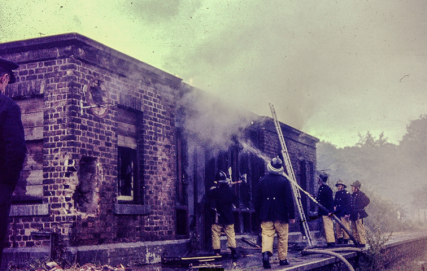 Considerably smaller than its neighbour along the line at East Newport, West Newport station was much loved by its regular travellers. This was a single platform station with the platform on the north side of the line. A small, compact building built of brick with a flat roof, West Newport station was not a very attractive building. However staff at West Newport took a great pride in the station, and passengers still recall the burnished brasses, spotlessly clean toilets and the beautiful floral displays and hanging baskets, which resulted in the station frequently winning awards in the ‘best kept station’ competition. In winter months a roaring fire was kept blazing in the booking office, and travellers always knew they could warm up before catching the train.

Before reaching West Newport, trains from East Newport had crossed the Tayfield viaduct. The line was carried over the Tayfield Den on a viaduct of four spans on three columns.  Although the viaduct was removed after the closure of the railway in 1969, the supports can still be seen today. Apparently young lads, heading for the swimming baths in Dundee on a Saturday morning, used to fly paper aeroplanes out of the train windows as they crossed the viaduct.

Like the other stations on the line, West Newport closed on 3 May 1969. A few years later much of the remaining station building was destroyed by fire. Today there is little to see of West Newport station. There is however an excellent information board on the site, erected by the Community Council.