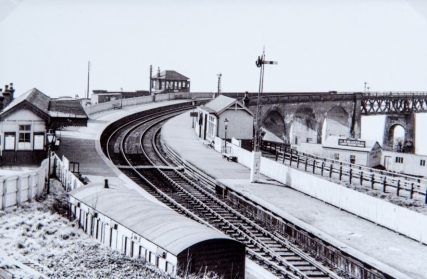 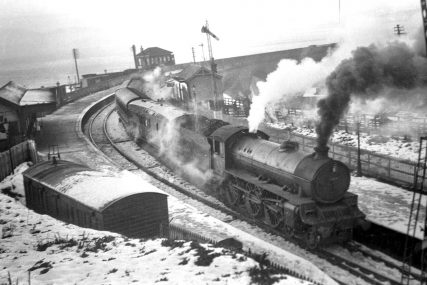 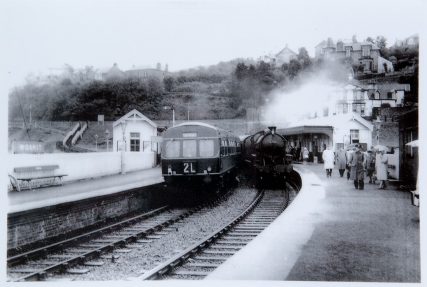 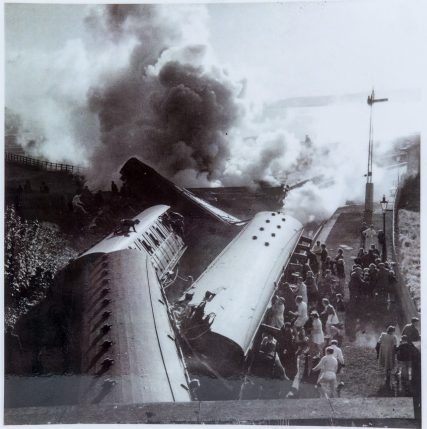 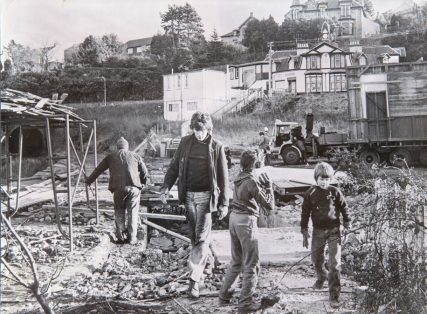 As the village of Wormit developed after the opening of the railway bridge, the need for a station here became clear. Wormit station opened on 1 May 1889. This was a two platform station, with double track. As the line left Wormit it became single track, and continued thus all the way to Tayport apart from a passing loop at East Newport. As it left the bridge, the line curved sharply through the station, and on into the tunnel which it entered immediately on leaving the station. There was also another disused tunnel close by. This had taken the line from the first rail bridge.

The tunnel at Wormit was unfortunately the scene of several accidents over the years. On several occasions trains appeared to be travelling too fast to accommodate the turn. The worst accident occurred in May 1955 when a Dundee-bound train derailed as it emerged from the tunnel. On board the train were hundreds of Dundee children returning home from Sunday-school picnics at Windmill Park in Newport and at Tayport Common. There were three fatalities, all of whom were on the footplate of the engine: the fireman, a young boy and an adult passenger. More than forty passengers were injured, some seriously. Nearby tennis players and local residents rushed to help. Driver error and excessive speed were found to be the main causes of the accident. Less serious was an accident in 1931 when an early morning train from Tayport jumped the points at Wormit station. The engine mounted the platform, destroying a good section of it, and the first carriage derailed.

Like the stations at Newport, Wormit station closed on 3 May 1969, almost exactly 80 years after opening. During the 1980s a campaign was launched by local enthusiast John Rundle of Woodhaven to re-open a station at Wormit. Despite considerable support for the plan, the campaign was ultimately unsuccessful, and the houses of Bridgehead Place now occupy the site.

After the Newport railway line closed in 1969, the stations along the route became derelict. Eleven years later however, a reprieve came for Wormit station when it was purchased by the Scottish Railway Preservation Society. The station was carefully dismantled and removed to Bo’ness where it is still part of the society’s working steam museum.

For more images related to the railway please search our archive.