You are here: HomenextTransportnextTay Bridge Disaster 4: The Aftermath 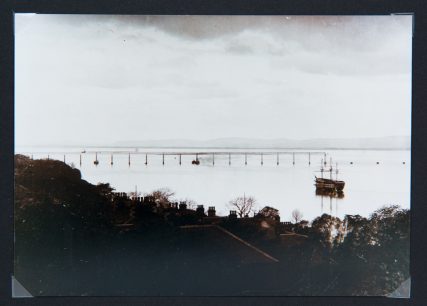 zoom
Calm After the Storm 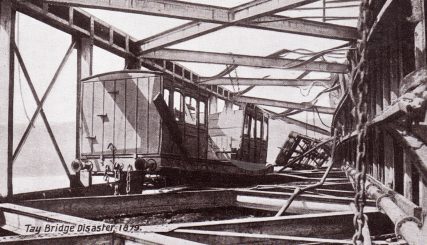 zoom
Carriages within the Fallen Girders 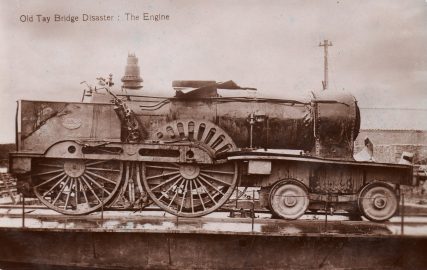 The morning after the disaster the search for bodies and wreckage could get under way. The first body, that of a Miss Annie Cruickshank, was washed up on the shore at Newport later that first day, but the search for the others would be a long slow process, taking many weeks. Indeed at one point the services of a clairvoyant were called in to give more unconventional guidance on where the bodies might be located. Local fishermen, mussel-dredgers and many of the Dundee whalers, who were well used to working in such cold and hostile conditions, were all involved in the search.  In the end only forty-six bodies were recovered, the last-but-one being found nearly four months after the disaster in the far north of Scotland near Wick.

The search for wreckage was much more successful and eventually the whole train was found, still contained within the high girders down on the river bed. When the engine was recovered, it was taken to Glasgow for repairs costing just £50, a remarkably small amount even in those days and surely a great tribute to her original Scottish builders. The engine was soon back on the rails, and steamed on for another astonishing 40 years, affectionately known throughout that time by her drivers as the “Diver”. The carriages however had suffered considerable damage, and were completely empty, clearly an indication of just how swift the current was out on the river that night and in the succeeding days.