You are here: HomenextTransportnextTay Bridge Disaster 1: A Bridge Is Built 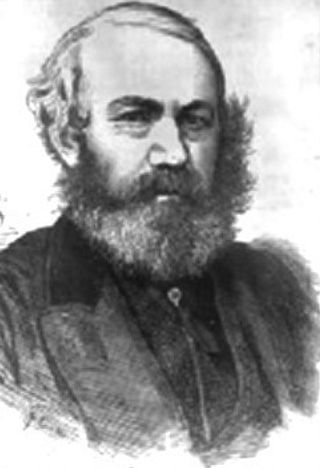 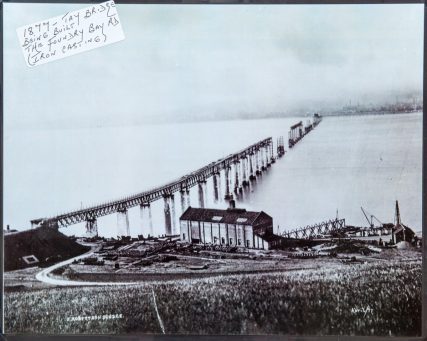 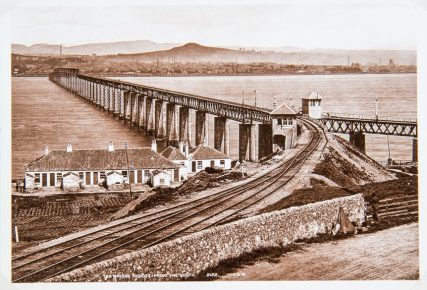 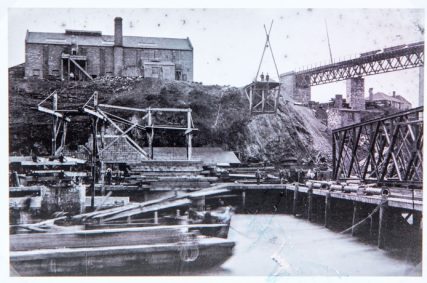 From the 1840s onwards, passengers travelling north on the North British Railway crossed the Forth and Tay by train ferry. This journey could be slow, inconvenient and uncomfortable. By the 1860s therefore, the North British directors were coming to the conclusion that both estuaries on the route would have to be bridged. Thomas Bouch was the man charged with the task of designing and building bridges over both the Forth and the Tay. He would start with his bridge over the Tay.

The new bridge would cross from Wormit Bay to Magdalen Green, and the bridge would be linked to Tayport via two new stations at Newport: Newport East and Newport West. The bridge would also link to Leuchars via a new station at St Fort. The Wormit Bay crossing was selected after test bores on the river bed showed that under the initial layers of sand and gravel, there was a firm layer of rock apparently stretching almost entirely across to Dundee. Bouch’s design was for a slender single-track bridge, with 89 horizontal lattice iron-work girders, supported on solid brick pillars. To maximise the height above the river for shipping heading to and from Perth, the fourteen central girders would be built up higher.

Work on the bridge commenced at Wormit Bay in July 1871. During construction however, the design of the bridge had to be altered when it was discovered that the bed of rock thought to stretch all the way over the river to Dundee did not in fact do so. Bouch decided to change the design of the supporting pillars from columns of solid brick columns to open ironwork. These would be much lighter and would put less pressure on the bases of the columns. The lattice iron work would also offer less resistance to wind and so it could be argued that the bridge would be more stable.  Nevertheless, this decision would later be suggested as a contributory factor in the bridge collapse. In the third photograph this change in design is clearly seen.

Inevitably this alteration to design would require a considerable increase in ironwork on the bridge. Accordingly a foundry was established at Wormit to allow the new columns to be made there. The foundry was just to the east of the bridge, on the high ground above the river.

Before being able to open, the bridge was passed as safe and suitable by Board of Trade inspectors. The board inspection had been fairly rigorous, but strangely had not included any tests to assess the bridge’s strength under great wind pressure. The only recommendation by the inspectors was that trains should not exceed 25mph when crossing.