You are here: HomenextTransportnextTay Bridge Disaster 2: The Bridge in Operation 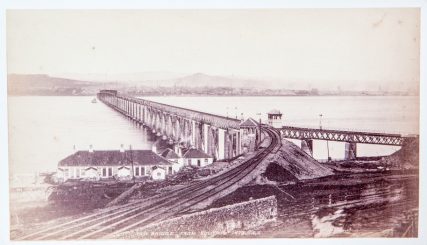 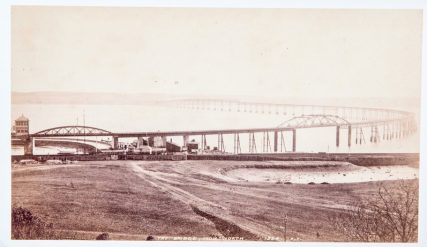 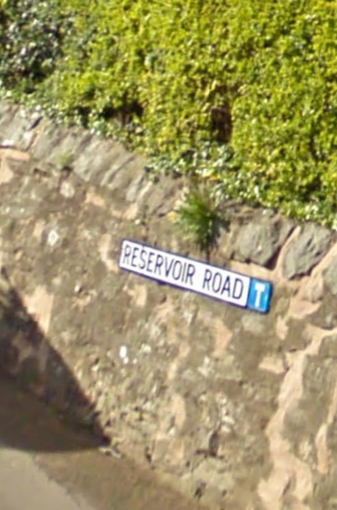 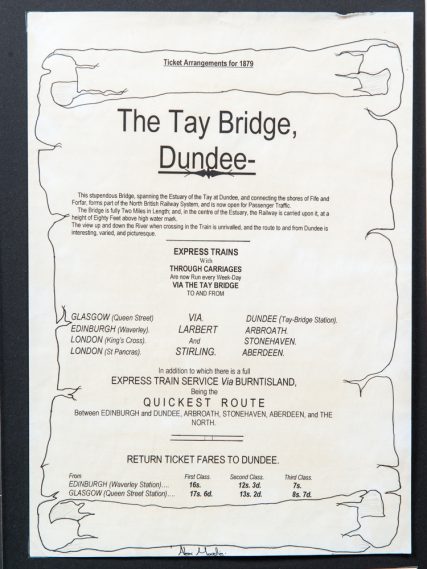 After 7 years of construction the Tay Rail Bridge opened to passengers on 1 June 1878. When completed, it was the longest bridge in the world. The bridge was hailed as the technological wonder of the age, and a sure sign of its success came the following summer when Queen Victoria crossed the bridge in the royal train on her journey south from Balmoral. Soon the North British rail company was carrying eighty-four per cent of rail traffic between Edinburgh and Dundee, traffic between Dundee and Fife had more than doubled, passenger travel times were cut considerably and goods traffic increased beyond all expectations. The bridge formed a most important link in the east coast route.

At a local level, of course the bridge brought huge benefits to North East Fife. The following year, in May 1879, the Newport Railway opened, connecting Newport and Tayport to Dundee. The delights of this railway have been immortalised by William McGonagall, and the future of the residential villages of Newport and Wormit was assured as they enjoyed the excellent transport connections  of rail and ferry.

Apart from improved communications, the new bridge provided another benefit for the people of Newport and area – a new water supply. By the 1870s in Newport many of the private wells in the village had been found to be impure, and the rapid population growth necessitated a new water supply. The cheapest option and indeed probably most efficient, would be to bring water from Dundee’s new supply at Lintrathen over the railway bridge. A pipe was laid over the bridge and a reservoir built on Wormit Hill. By November 1879 the new water supply was flowing through the village.

Despite the clear benefits of the bridge in these first months, there were nevertheless some concerns being expressed. Some passengers were uneasy at the speed of trains using the bridge, which frequently appeared to be in excess of the limit of 25 mph. John Leng, owner of the Dundee Advertiser, complained of a curious prancing motion as the carriages passed over the bridge. Very little maintenance was carried out on the bridge in these first months, and painters reported seeing bolts falling from the spans as trains crossed. It appears that little was done to address any of these concerns as they were raised.

For more images linked to the Tay Bridge Disaster please search our archive.