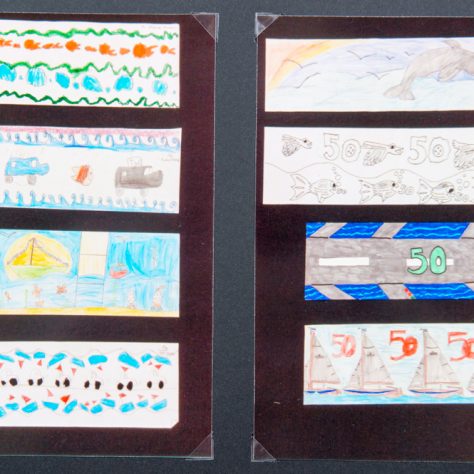 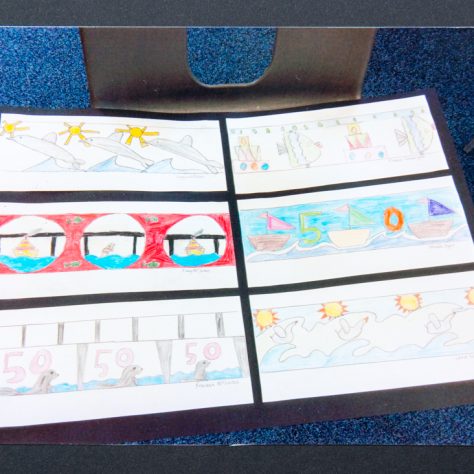 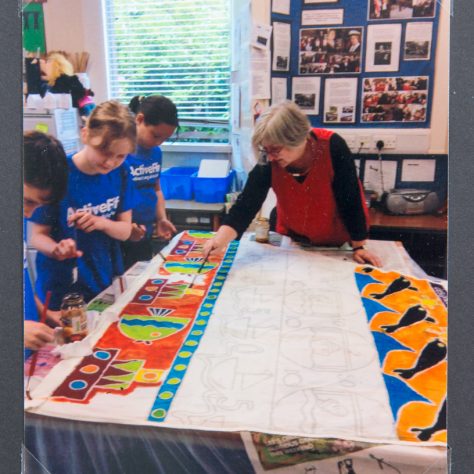 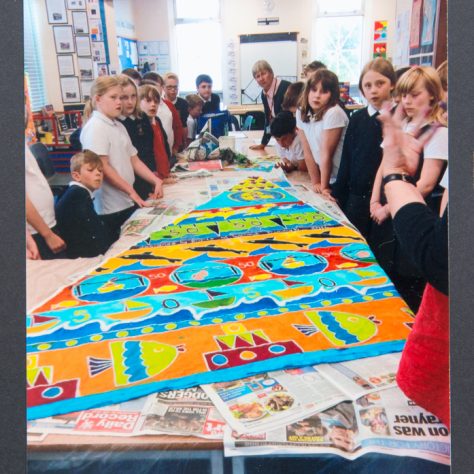 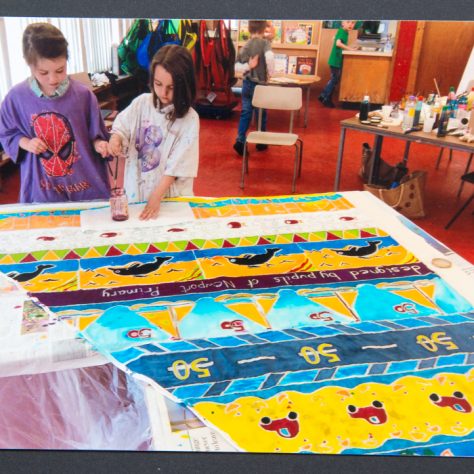 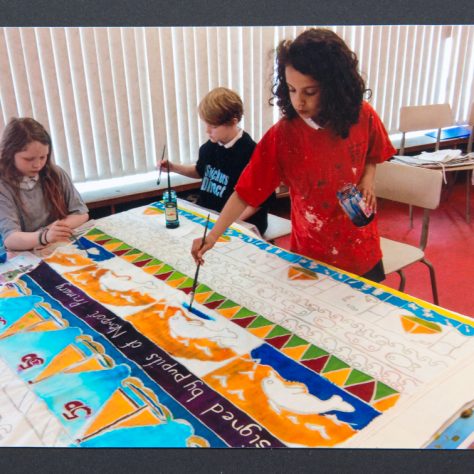 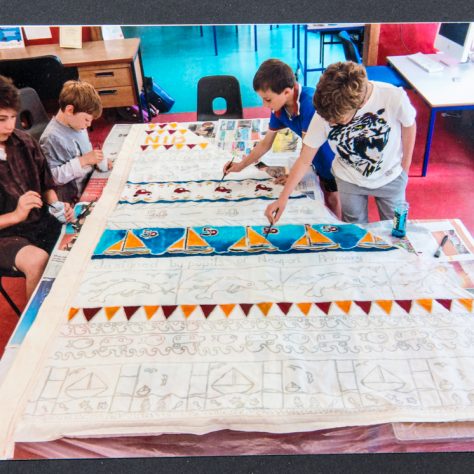 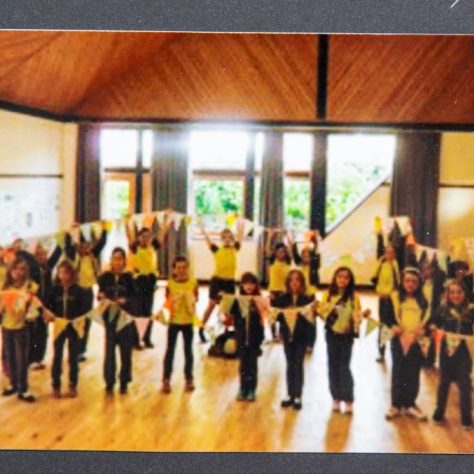 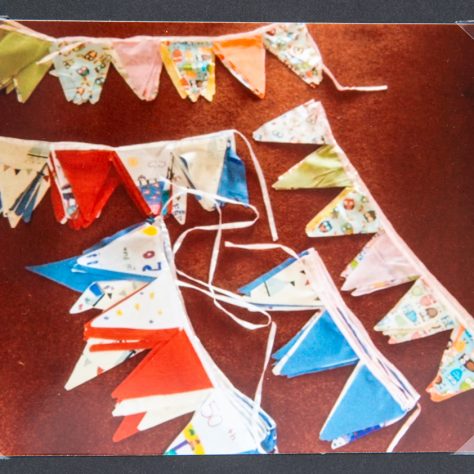 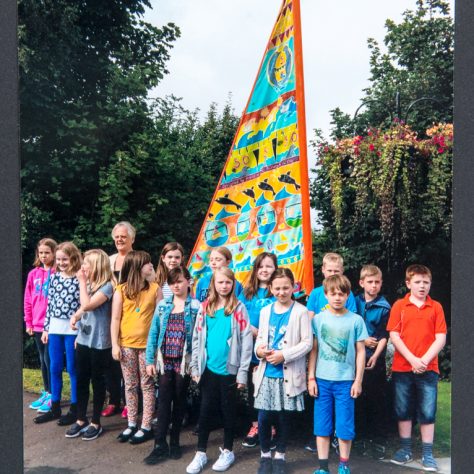 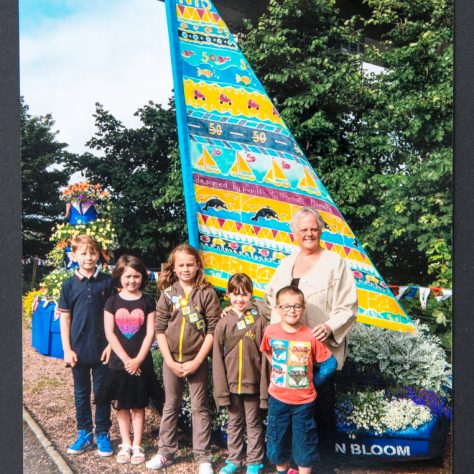 In 2016 The Tay Road Bridge celebrated 50 years since opening.

Newport and Wormit in Bloom, the group responsible for the local floral displays celebrating the 50th anniversary of the bridge, organised a competition for the pupils of Newport and Wormit Primary Schools to design sails for the group’s planted boats, to commemorate the Tay Road Bridge’s half centenary. The fantastic winning designs, based on anything that goes under, on or over the bridge, were realised in brightly coloured batik by children at the schools. Newport Brownies, meantime, worked hard to produce many metres of bunting with a similar design theme.

The sails were hoisted in the boats, and the bunting hung, for the anniversary on 18 August 2016. Once the celebrations were over, they were donated to the schools to display as wall hangings.

For more images relating to the Tay Road Bridge search our archive.