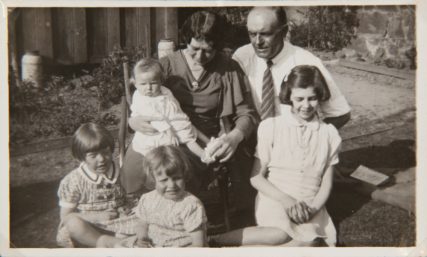 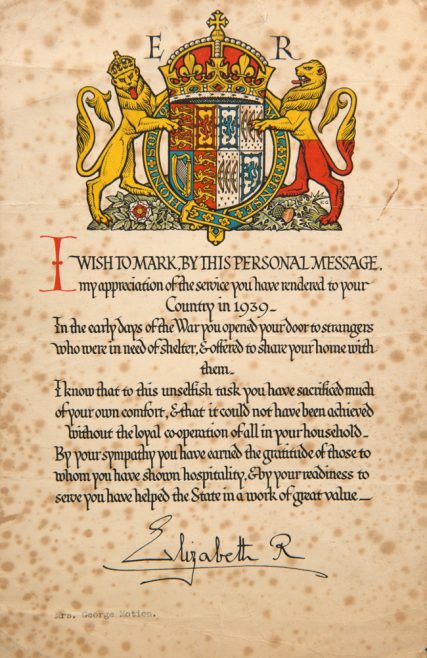 By the time World War II broke out on 3rd September 1939, preparations for it were already underway. Since the Munich crisis of the previous year, plans for evacuation had been drawn up.

The first evacuees arrived in Newport and Wormit on Friday 1st September 1939, two days before war was declared. In the spring of 1939 it had been decided that Newport could take 3,762 evacuees! – fortunately nowhere near that number ever appeared. Others followed throughout the war, mainly from Edinburgh and Glasgow. It appears that there was much resistance in the village to evacuation, and by 1940 the town council was insisting that the village could accommodate a maximum of 600.

They usually arrived by train, then were taken first to Kirk House (this was the church hall of St Thomas’ Church, situated upstairs from the Cupar Road row of shops). They would be given some refreshment, then they were allocated to families and sent out to homes from there.

Sometimes the totally unexpected happened. On one occasion a train-load of 80 boys was due to arrive from Southbridge, one of Edinburgh’s less salubrious areas. All was ready for them, and foster parents, although fairly reluctant, had been found for the boys. The train did arrive, but carried no boys from Southbridge, who had apparently disappeared off somewhere into the depths of Angus – no-one quite knew where. And Newport’s new arrivals? The expectant mothers instead! Many of them had their babies while staying here. According to Mrs Bride Berry of Tayfield, prams of all shapes and sizes were pulled out of sheds and out-houses, dusted down and offered for use.

By the end of the war only three evacuee families remained in Newport, and they too soon left.

Our photograph shows the Squibb family of Queen Street with their evacuees. The baby was born here. We also have the official thank-you certificate sent to Mrs. George Motion of Newport.