You are here: HomenextWar!nextWorld War II: Norwegians at Woodhaven 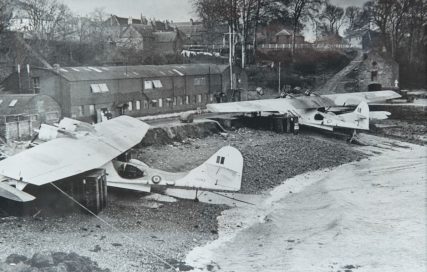 Catalinas drawn up on the shore at Woodhaven

After the German occupation of Norway in the spring of 1940, Norwegian civilians and forces personnel fought a resistance war both within and from outside Norway. From February 1942 onwards Norwegian forces were based at Woodhaven after the 333 squadron of the Royal Norwegian Air Force was formed there in 1942.  Woodhaven was chosen as the squadron’s base because of its relatively isolated location which offered the secrecy needed for its missions. The 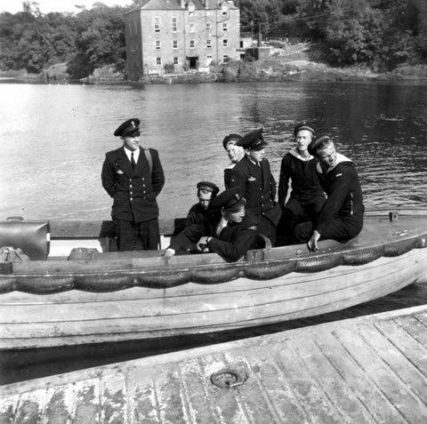 pier was used to service the squadron’s Catalina flying boats which would soon become a familiar sight on the Tay. Norwegians from all over the world provided the ground crews, the flight engineers and other staff required.

Much construction work was done to make Woodhaven suitable for servicing the planes. Rock House was converted from residential use to become HQ and offices, and special piers were constructed. The old Mars sheds housed the cookhouse and barracks accommodation. Willie Rankine’s joinery workshop was also requisitioned. 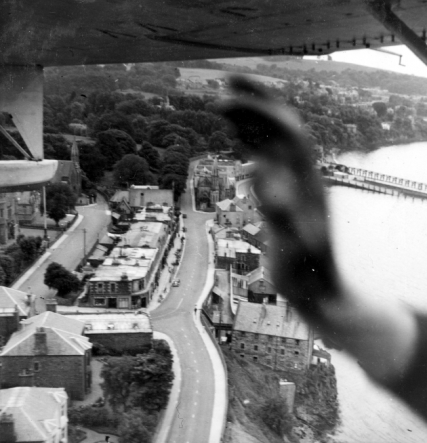 The Norwegians flew their Catalinas on sorties out over the North Sea and into enemy occupied Norway. For much of 1942 and 1943 they regularly dropped spies in Norway and, even more dangerous, had the task of picking them up again. On a lighter note, at Christmas 1943 they dropped 52 sacks of food and Christmas presents – read memories of this flight. In addition the Catalinas were used for anti-submarine work, reconnaissance flights over the north Atlantic and escort duties for the Allied Arctic convoys, often patrolling ahead to check on ice conditions. Ron Caird remembers as a young boy hearing the Catalinas return from missions at 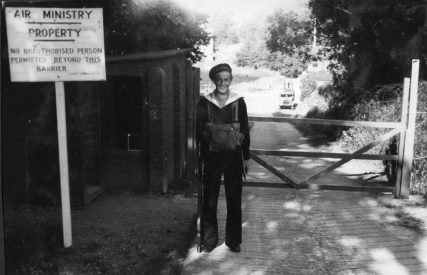 Sentry at entry to Woodhaven pier

dead of night and, slipping out of bed, watched from his window as they just cleared the tall spire of St Fillan’s church.

Access to the pier at that time was forbidden to the public, with sentry boxes at the top of both approach roads. In general the Norwegians were made very welcome by the local community, and they made many lasting friendships while here. 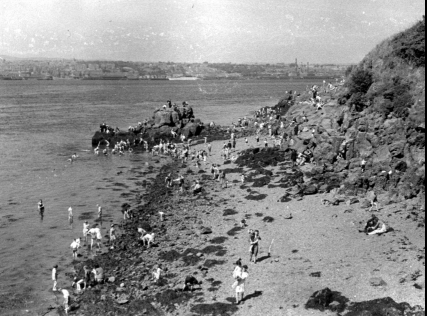 They enjoyed the company of local Land Girls who lived in hostels in Cupar Road, Newport and Bay Road, Wormit, and they enjoyed football, tennis, fishing and other sports. In good weather the beach at Newport was always an attraction.

In particular they were helped by Lady Bluebell Walker who lived at Sandford. During the war years she and her husband gave enormous support to the Norwegians. Sandford became a house of respite for both officers and men, where 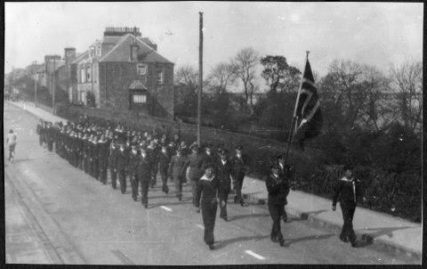 they could rest and relax and were made to feel at home. After the war Lady Walker was awarded the Norwegian St Olav’s Medal for her efforts.

While the Norwegians were at Woodhaven they received a rather unexpected ‘visitor’. Local people were somewhat surprised, and no doubt more than a little alarmed, when one day a 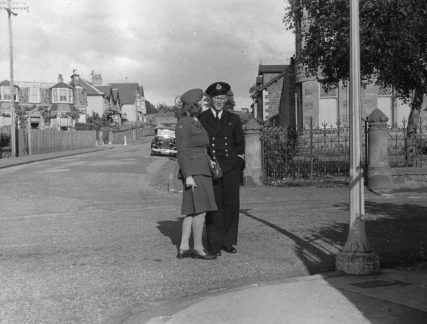 German Heinkel seaplane was spotted flying low up the river. It landed at Woodhaven, but this was no invasion, nor a Rudolf Hess-type mission. This was a German plane appropriated by two Norwegian resistance fighters and flown from Norway to freedom.

When the Norwegians left Woodhaven they left their flag with Willie Rankine, who started the tradition of raising the flag every year on significant dates. This tradition was continued by John Don. 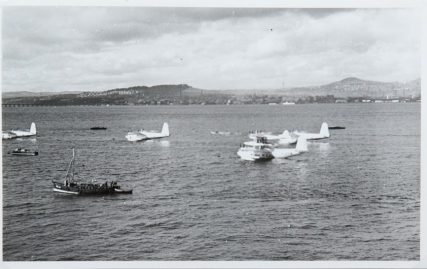 Before the war Woodhaven pier had been used by air force reservists. They camped each year near Inverdovat farm and used the pier at Woodhaven for exercises on their Singapore biplane flying boats.

The Norwegian images here are from the collection of Einar Garnes who was based at Woodhaven, used with kind permission from his daughter Gerd Garnes.

For more images of the Norwegians at Woodhaven search our archive