You are here: HomenextWar!nextWorld War II: Threat of Invasion 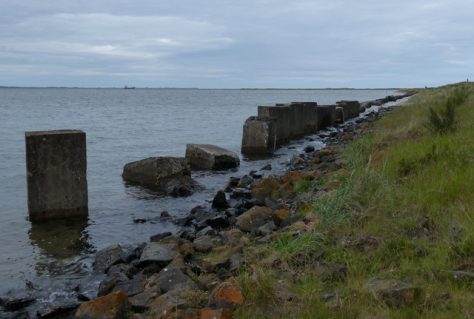 The threat of invasion was ever-present and throughout the war years the village had to maintain a high degree of readiness in case of attack. This was particularly the case after the fall of Norway in 1940. The German occupation of Norway would allow them to attack and invade Britain across the North Sea to the east coast of Scotland, instead of across the heavily guarded and protected English Channel coast. Defences all along the east coast were intensified, and the remains of concrete defences can still be seen along the beaches at Tayport and Tentsmuir.

Much of this work was done by Polish soldiers who camped in Tayfield until 1942. On one occasion the Polish troops in Tayfield were inspected by no less a personage than General Sikorski, Prime Minister of the Polish government in exile, and Commander-in-Chief of the Polish armed forces. As a gesture of welcome to the Polish soldiers, any who wished were invited to be honorary members of Newport Tennis Club. 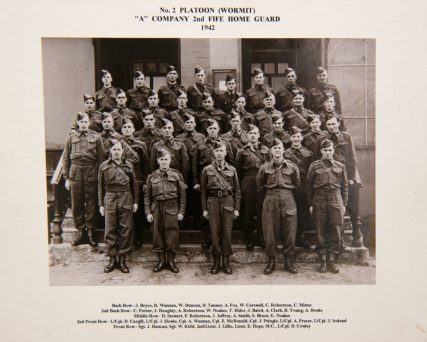 As in other towns and villages the Home Guard was set up, under the leadership of Alex Lowson. They were based in the ARP building in King Street and drilled and practised in Windmill Park, no doubt providing much entertainment for local youngsters. Successful invasion exercises were held and church bells were silenced and would only be rung as an invasion alarm.

Most households prepared for fire with stirrup-pumps and sand buckets, and there were extra water tanks for fire-fighting positioned at Kirk Road and in Wormit. All house lofts were to be cleared to reduce the risk of fire – no easy task. Local farmers had to ensure that their hay stacks had extra space between them in case of incendiary bombs. 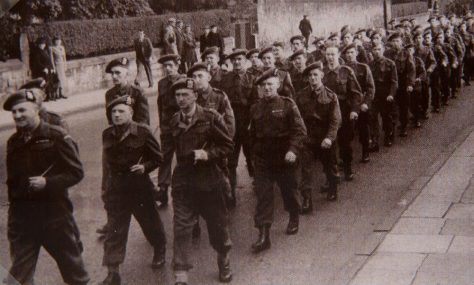 As well as the Polish soldiers based in Tayfield, there were also large numbers of Norwegians at Woodhaven. In addition there were groups of British troops based in and around the village involved in various training exercises as well as working with the Polish soldiers. There were very active local units of all the cadet groups: air cadets, sea cadets and army cadets. During the war certain weeks were allocated to advertise each of the armed services, and to raise their 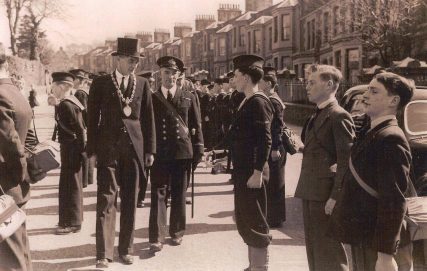 profile among the public. There was War Weapons Week 1941, Warships Week 1942 and Wings for Victory week 1943. Our photograph shows the sea cadets being inspected on Kilnburn during Warships Week. They are being inspected by Alf Burgess, a local officer in charge of the cadets, and Provost Fairweather.

Concerts were held in the Rio Cinema, newly opened when war broke out, the entertainment sometimes being provided by the Polish soldiers or by the Home Guard. The Blyth Hall was fitted out as a first aid post, and in the event of an attack with resultant casualties then the school next door would be used as a rest centre. The showers fitted in the hall for first aid were soon being used by 100 soldiers per day.