You are here: HomenextWar!nextWorld War I 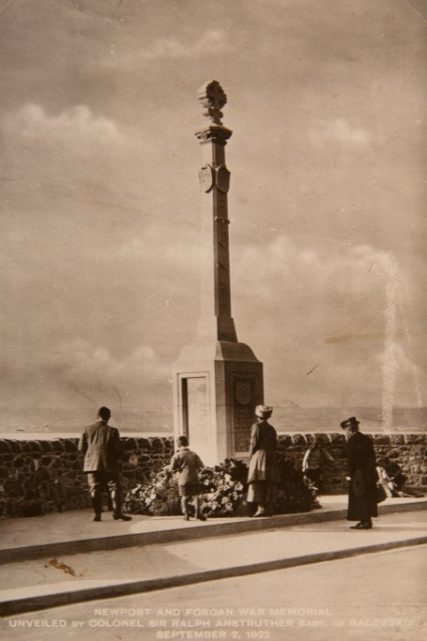 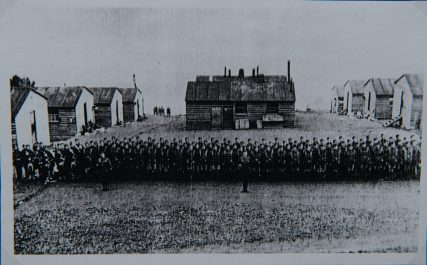 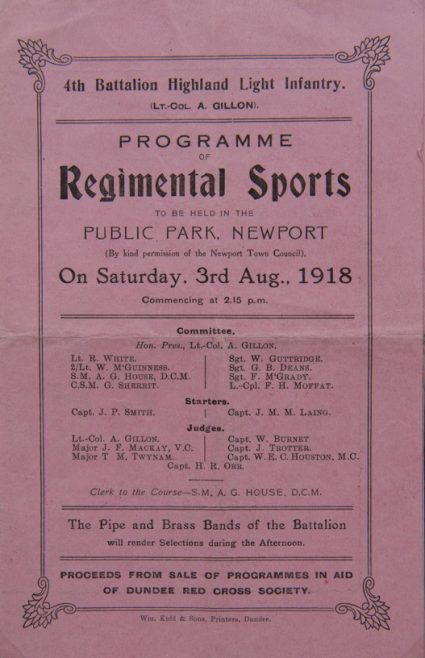 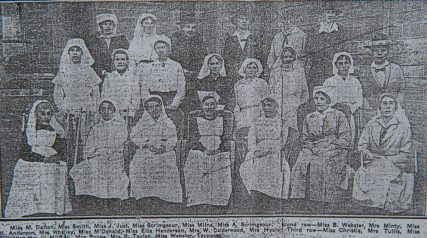 There’s no doubt of the biggest consequence of World War I for Newport and Wormit: of the hundreds of young men who volunteered or were conscripted for action, 84 would not return. In 2020 we cannot begin to understand the effect of this. But in other ways too life changed. There was no escaping the fact that we were at war.

During the First World War large numbers of troops in training were stationed in Wormit. Between 400 and 500 were billeted firstly in houses, and later in the large camp which was erected at Highfield. Sixteen huts were built, as well as a hospital, stores, a cookhouse, latrines, bathrooms and a recreation hall. 50 Royal Engineers were housed in a local mansion house, and the technical classrooms of Wormit School were used as the HQ of the Royal Engineer Unit.

The new Windmill Park behind Newport was also occupied by the military, with a searchlight and huts installed, and trenches dug to simulate as closely as possible the conditions that the soldiers would encounter when at the front. The Highland Light Infantry drilled there, and provided much entertainment for local boys, who irreverently referred to them as BLH – Britain’s Last Hope. The YMCA set up a canteen for soldiers in the Blyth Hall. There were mixed feelings on this, as there were complaints to the town council about soldiers causing a nuisance in St Mary’s Lane.

Across the country people adapted to the emergency. Food shortages began to bite as the German U-boat campaign took its toll on food ships on route to Britain, women found themselves having to step forward to fill jobs done by absent men, and the Defence of the Realm Act took away many freedoms that we take for granted today. All these changes were a precursor of what would happen on an even greater scale during World War II.

Our final rather grainy newspaper photograph shows a group of Newport women who collected moss at Forgan. The moss was packed up and sent off to the front where it was used for dressings on wounds.

Search our archive for more images from World War I.