You are here: HomenextArchivenextArt, Music and DramanextJames Street Window Mural 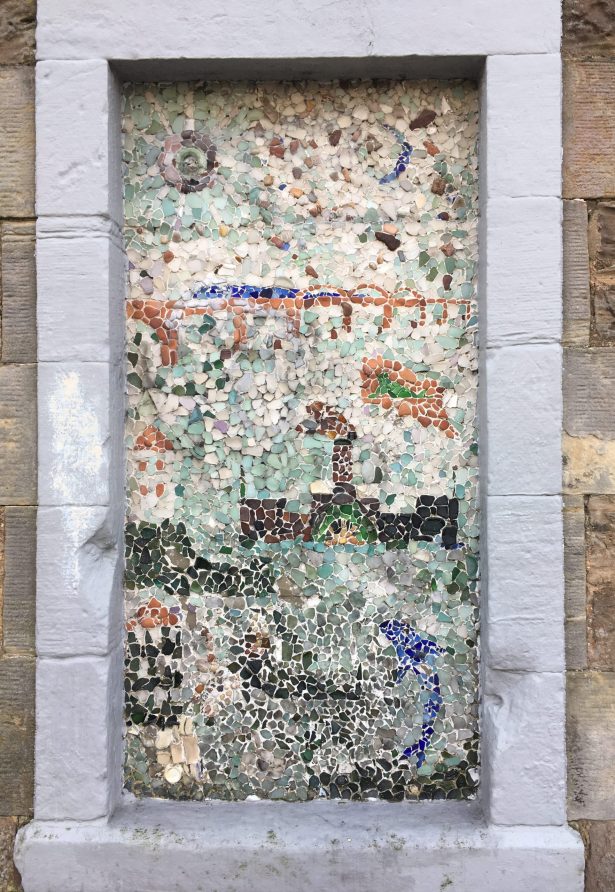 I’ve always found this mural on the blocked up gable window of the house at the bottom of James Street rather intriguing. I’ve now learned that it was done around 1975 by four-year-old Boo Paterson (now a successful artist) and her older brother who lived in this house. They collected sea glass from the shore below the house, around the Big Rock, for some weeks beforehand, and their father applied a bed of polyfilla on which they could create their design. The most obvious feature is the rail bridge, with the blue train crossing. Boo tells me it’s the Mallard, which her grandfather drove. Below the bridge is the Fifie, what looks like the Big Rock on the left, and on the right a dolphin. It’s in astonishingly good condition after such a long time.