You are here: HomenextLeisurenextWormit Boating Club 1 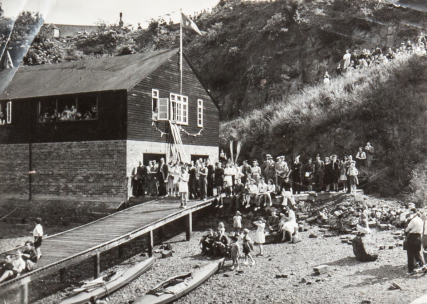 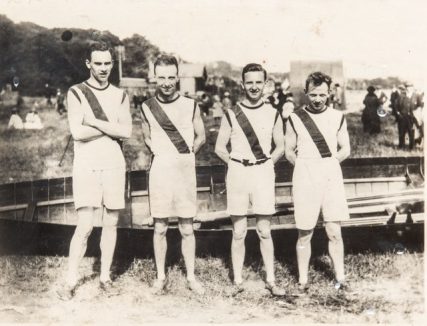 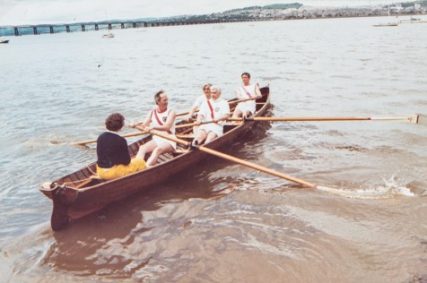 Wormit Boating Club was formed in 1911 as a rowing club. They had a large club-house down under the Tay rail bridge. Throughout the 1920s and 1930s club teams took part in all the local regattas, with frequent success. By 1971, the club had moved to Woodhaven Pier, with their new clubhouse being opened in April of that year, and they are still based there. Although predominantly now a sailing club, coastal rowing has been introduced again in 2014 and is becoming increasingly popular.

The club members enjoyed a lively social life, and there was always something going on down at the clubhouse. They had various other organised activities, sometimes a club cruise up the river, or perhaps a picnic out on the sandbank in the middle of the river. At other times they were happy just messing about with boats!

In 1948 subscriptions from members allowed the purchase of the Memorial Cup  to commemorate the sixteen members of the club lost during World War II. It is awarded as an annual club series trophy. The club also competes for the Newport Boating Club‘s Commodore’s Cup (also known as the Leng Cup). With the demise of the Newport Club the cup is now in the care of the Wormit Club.