You are here: HomenextLeisurenextScouts and Cubs 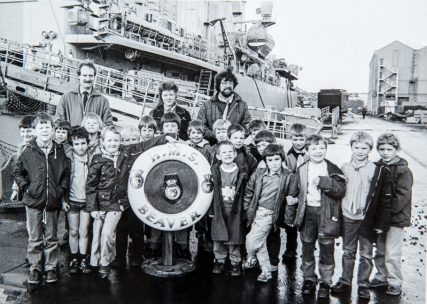 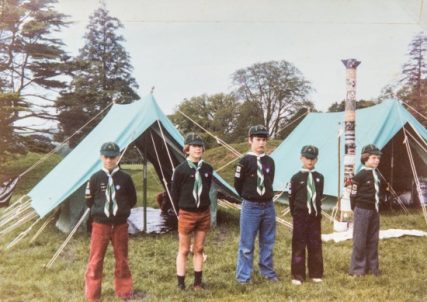 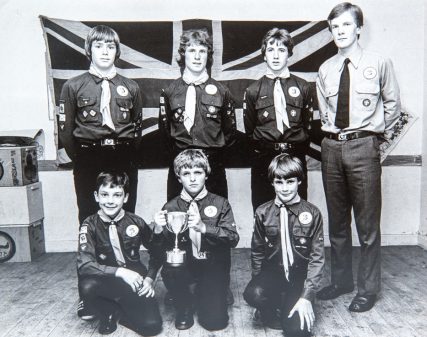 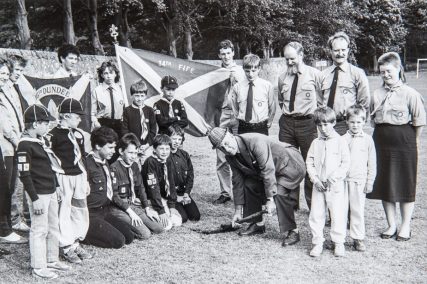 Scout troops and Cub packs were formed here possibly as early as 1914. The Scouts were first registered as the 16th Dundee Scout Group, but in 1934 they were re-registered as 34th Fife. After the Mars training ship left in 1929, the Scouts took over part of the Mars sheds on Woodhaven Pier as their headquarters.

In order to raise funds to purchase and repair their new HQ in 1933 the Scouts staged a major fund-raising exercise. They organised a fair where the guest of honour was the Maharajah of Kallimpoor, who arrived at Wormit by train from Dundee with his four wives and other attendants.  The Maharajah’s name (Call Him Poor) was of course a play on words and the stunt did succeed in its fund-raising aims.

The Scouts were based down at Woodhaven until after World War II, although during the war they had to vacate the premises to allow occupation by the Norwegian troops stationed there. During the war years the Scouts played their part in the war effort by helping out with all the salvage collections. They also helped with an initiative to establish a camp cooker in at least one garden in every street. Newport School was their meeting place during the war years. They returned briefly to the Mars sheds but by 1948 had moved to new premises at the top of Kinbrae Park.

The wooden hut there was ex-army, previously used to house prisoners-of-war near Ladybank, and purchased by the Scouts following a fund-raising drive. These premises served until the 1980s when a further fund-raising campaign led to the construction of the new Scout Hut next to Waterston Crook sports centre. This new hut opened in 1987 and since then has been used by Scouts, Cubs, Beavers and Guides.