You are here: HomenextLeisurenextNewport Swimming Club 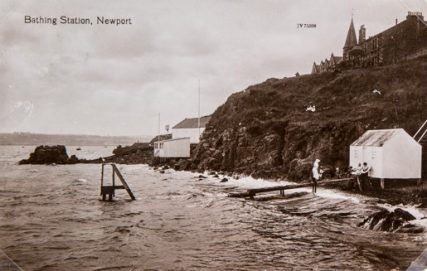 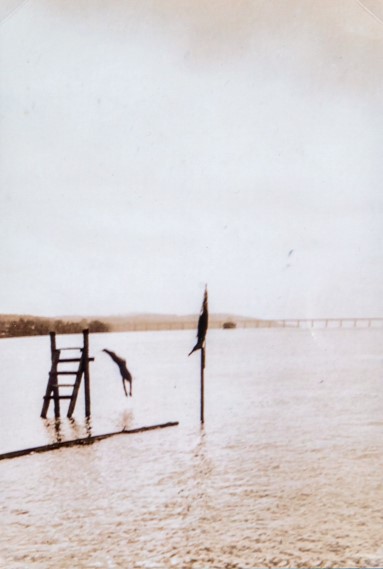 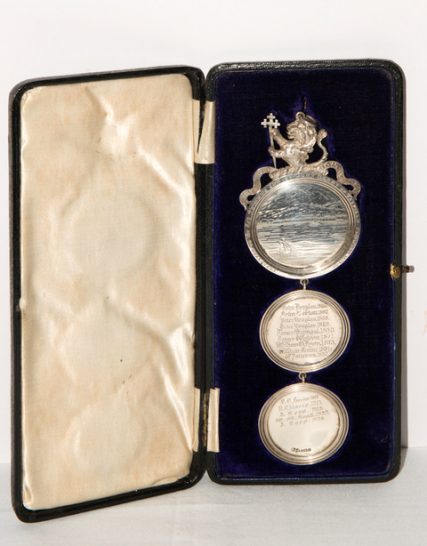 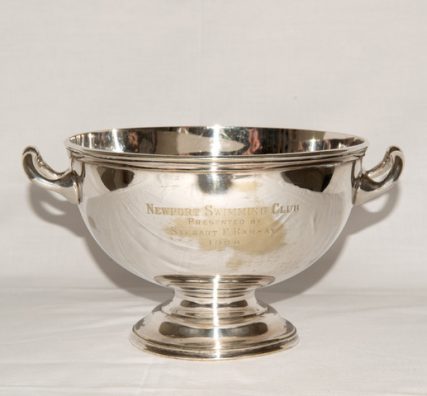 The Newport Swimming Club was in existence at least from the 1850s.  The club had two changing sheds for men and women on the Braes, and a diving stage fifty yards west of the Big Rock. When the ladies’ changing hut became rather dilapidated in the 1920s, all the members held whist drives and other fund-raising events and were quickly able to build a replacement. Swimming galas were held annually, and the Braes would be packed with spectators. Our photo shows B Fearn winning the swimming gala diving competition in 1912. The burgh council minutes of 1909 mention the possibility of a bathing pond being constructed at the Braes, but this was never achieved. The last club gala was held in 1928, and in 1930 the swimming club itself folded. A few years later in 1934, the bathing huts, which were by then considered rather unsightly, and for which no further use had been found, were removed.

The Attraction of Water

The water however has always proved a great attraction, and, strange as it may seem, one of Newport’s attractions to its nineteenth century settlers was the fine sea bathing that it offered. Even in the 1960s local youngsters could still be found regularly swimming down below the Braes. One local lady remembers learning to swim there, with her mother watching from a nearby rock. Later she regularly got into trouble for swimming out too far. Her yellow bathing hat was easily spotted by her father who worked on the Fifie! How things have changed in the space of just one lifetime!

Wormit Bay was also popular with swimmers, and in 1912 the town council proposed positioning a line of floats along the bay there for swimmers’ safety.

The Swimming Club was fortunate to have two beautiful trophies for which they competed.

This was presented to the club in 1928 by Stewart Ramsay. It was only competed for once, in 1928, and was won by Agnes Milne, later Mrs Holman of Kinbrae Park.