You are here: HomenextArchivenextSportnextFootballnextWormit Football Team 1964 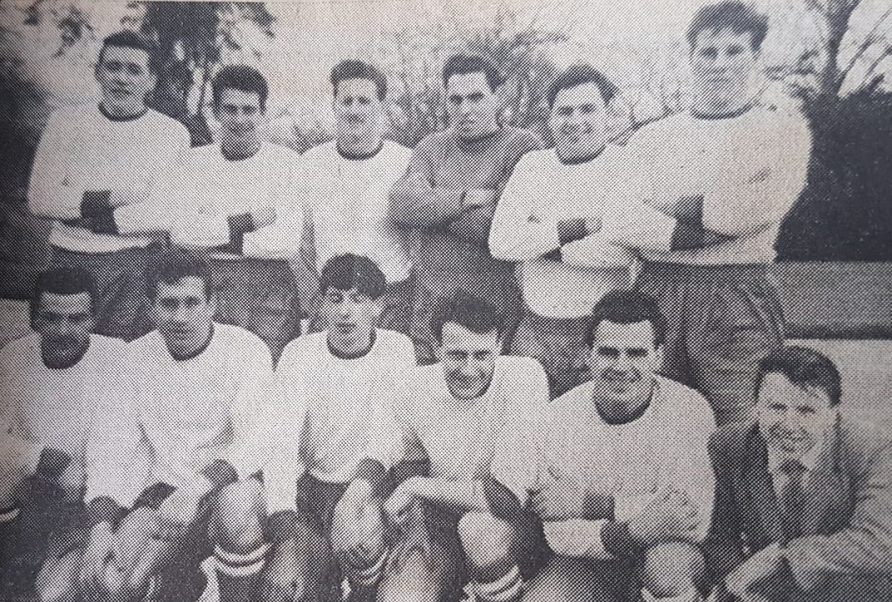 A photograph from 1964 showing Wormit’s successful amateur football team, who were at that time lying second in the Midlands League (Division II) and were hoping for promotion for the new season. Did they make it? Someone must know. Bob MacKenzie thinks this photo was taken when the team had just had new strips and it was a friendly match against Castle Huntly.