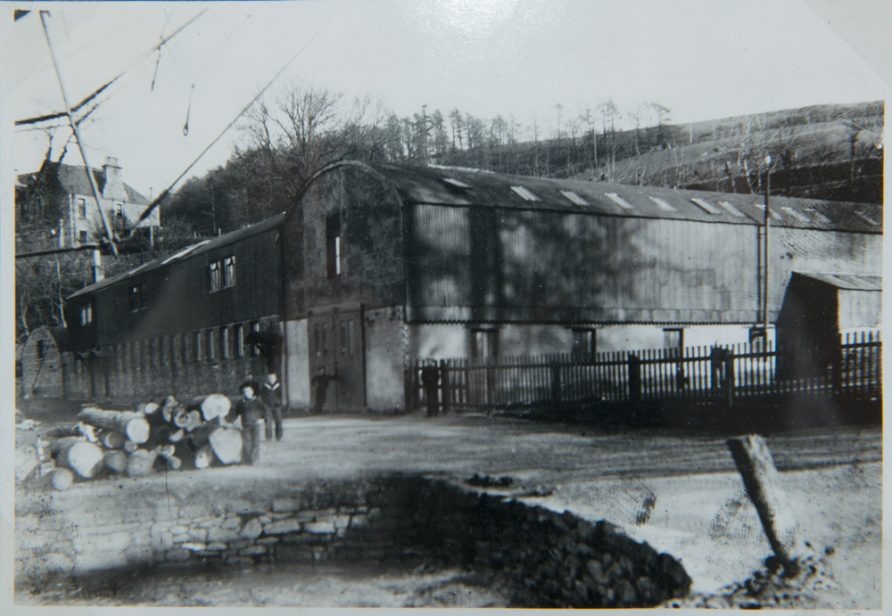 This photograph shows the sheds at Woodhaven Pier that were built and fitted out by the Mars boys, and used as workshops. They were used by the Scouts in the 1930s and briefly after the war, and used by the Norwegian soldiers during the war as a cookhouse and for accommodation.